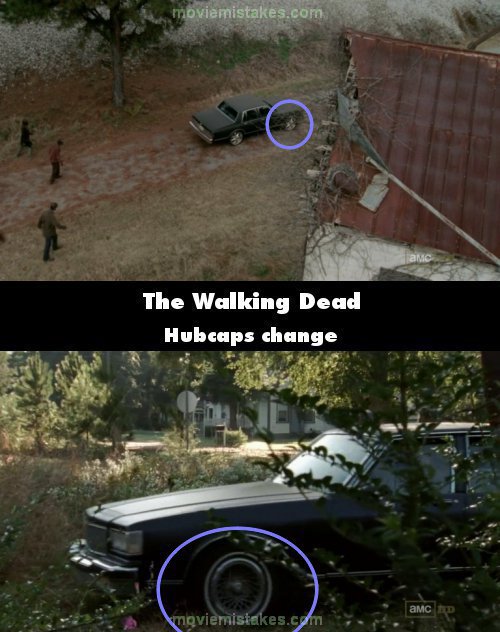 Continuity mistake: In the scene where Merle is the in big box late 80's chevy with big 20-22 inch rims he is shown driving it in the barn yard drinking, playing music, and zombies following him. The shot changes a few times within the same scene with the big rims on, in one shot the car is shown with him driving it but the stock rims (15") are on the car, the paint of the car looks a little darker too. Then the shot changes again while he is still driving it and the big rims are on the chevy again. The shot that shows the stock rims is a pretty fast shot so it could be easy to miss. 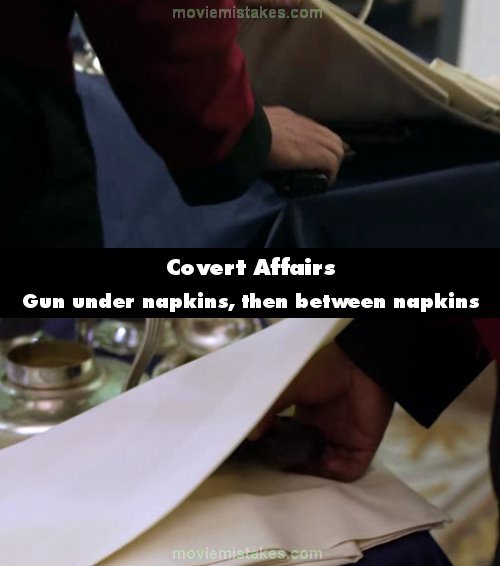 Continuity mistake: During the party, Stass the assassin, dressed as a waiter, hides his gun underneath a stack of white napkins. When he gets ready to pull the gun out, it is now between the napkins. 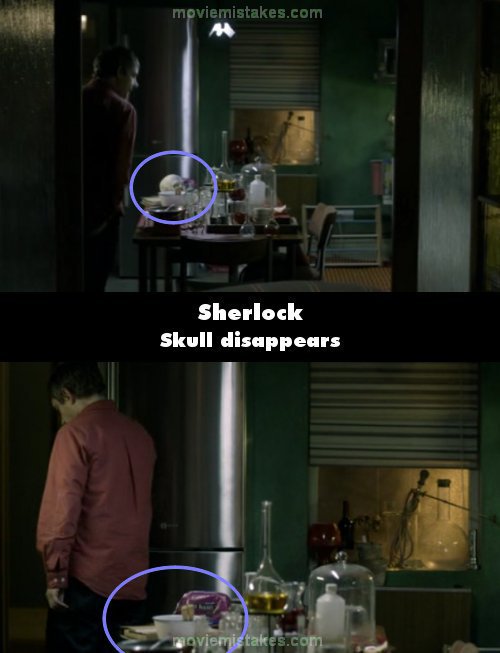 Continuity mistake: In the opening scene when John is going to the refrigerator, a white skull can be seen on the left side of the kitchen table amongst all Sherlock's science equipment. When he closes the refrigerator door again after discovering the severed head, the skull has disappeared. As he's leaving the kitchen, the skull reappears. (00:03:25) 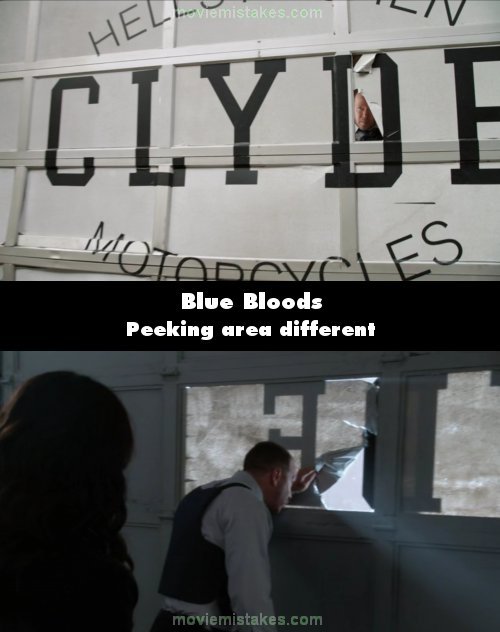 Continuity mistake: During the stakeout of the apartment building, in the exterior shots of the Clyde Motorcycles shop, Danny is peeking out through a ripped paper opening within the letter "D" in Clyde. However, in the interior shots the black tape letters of the word Clyde differs. The paper is ripped between the two letters "D" and "E" and that space within the "D" is blocked with molding, making what is in the exterior shots quite impossible. (00:15:40) 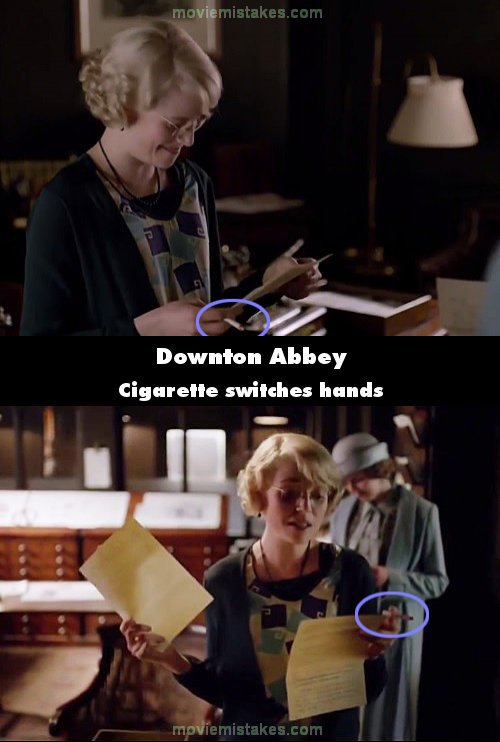 Continuity mistake: When Edith stops by her office Laura's there and she's holding a cigarette, which keeps switching between her left and right hands while the two women talk. 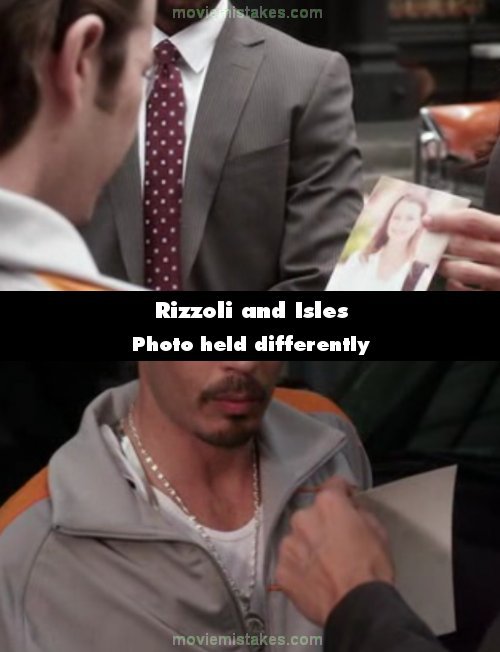 Continuity mistake: Jane shows the photo of the victim Danielle to her old contact. She holds the photo differently, either above its left corner or below it. (00:22:15) 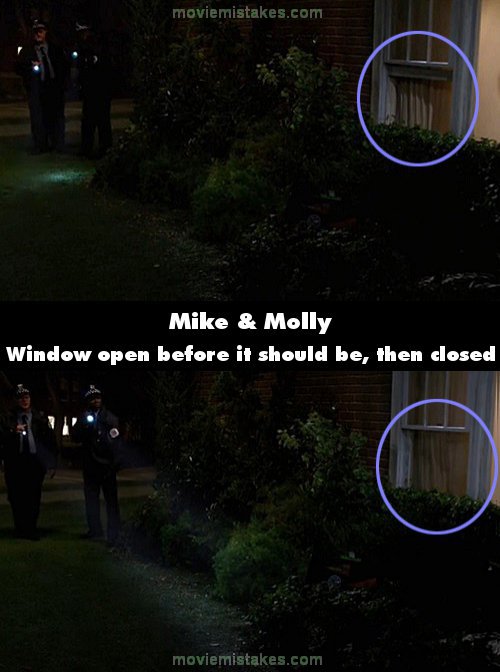 Continuity mistake: After Mike's mother tells him that she heard a prowler, when it cuts to Mike and Carl showing up at her house we see that the window is wide open, but when they move in closer ordering the "sicko" to come out of the hedge, the window is closed as it should be, until Mike's mother opens it when she sees that the "pervert" is actually Kay. (00:00:55) 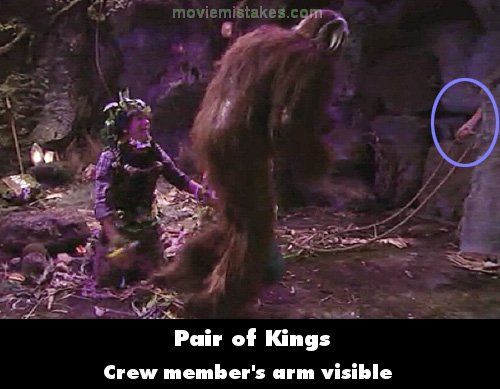 Visible crew/equipment: When the twins are tied up in Pupaley's cave, just as they get on their knees and beg to be let go, the hand of a crew member holding the end of the rope is visible at the right of the screen. (00:19:25) 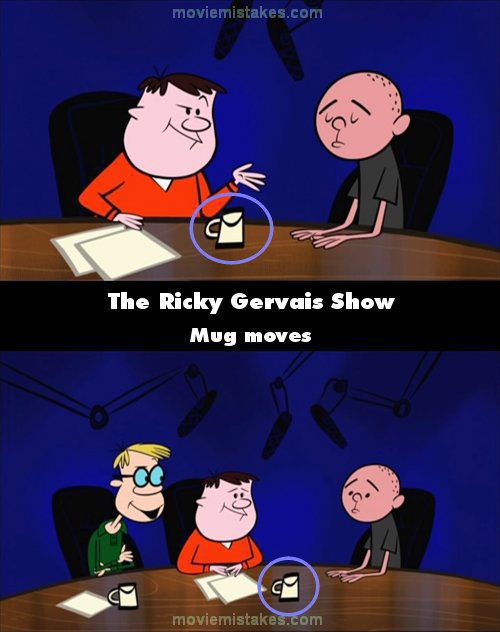 Continuity mistake: Ricky's coffee mug changes position when he says "The telly was the 20th century" to Karl. (00:04:30) 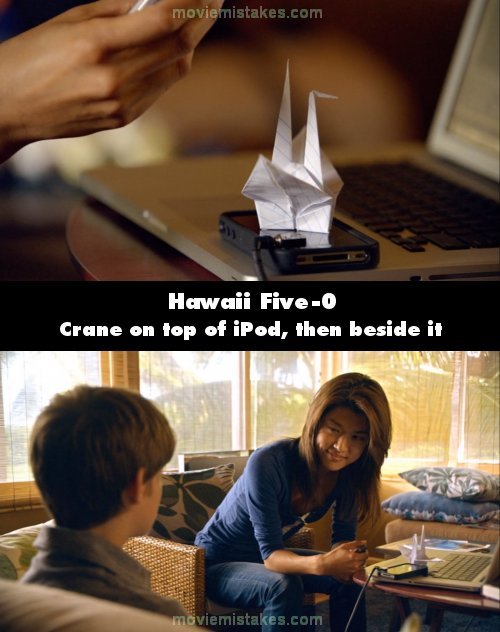 Continuity mistake: In scene where Kono makes origami crane, she sets it down on top of Evan's Ipod. Next shot the crane is sitting next to the Ipod. (00:26:30) 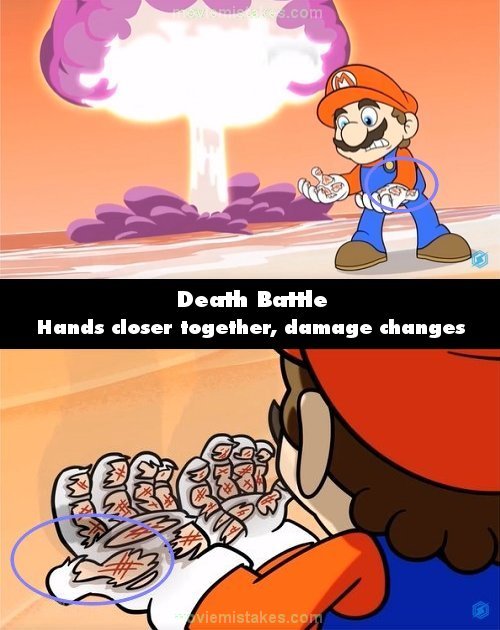 Continuity mistake: After Mario throws Sonic down, exploding him into a mushroom cloud, Mario shakes his scraped up hands and looks at them. In this shot his hands have some distance between each other. But in the next shot from over his shoulders, suddenly his hands are right next to each other. Also, the damage to his gloves change between shots slightly in some areas. Most notable is his left thumb. In the first shot, there are two separate holes there, one on his thumb and another next to it on his palm. But in the over the shoulder shot, the holes are joined as one big hole. (00:18:00) 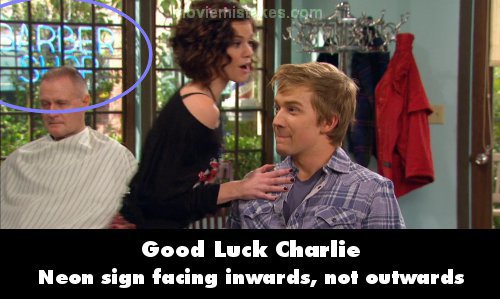 Factual error: PJ is getting his hair cut by an attractive female barber. Attached to the outside of the window is a neon sign reading "BARBER SHOP," but the sign faces the inside of the building so it would be backwards to people outside. 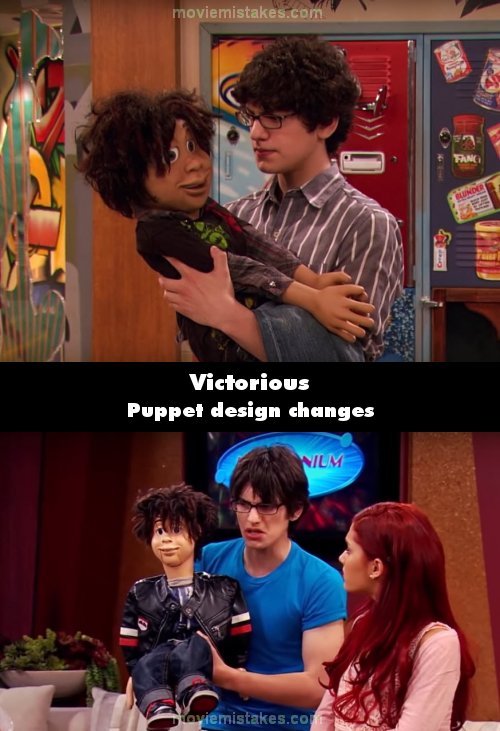 Continuity mistake: If you notice, Robbie's puppet "Rex" is bigger in this episode. (His head is huge.) But for the rest of the show his head is smaller.