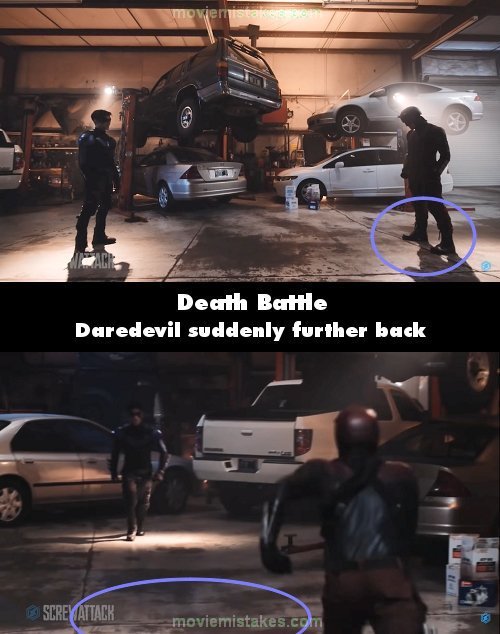 Continuity mistake: Nightwing and Daredevil square off against each other as the word fight appears on screen. In the next shot as they start to run at each other, they are suddenly further away. This is most notable by Daredevil as in the previous shot he was standing almost right on a line in the floor that was leading to some car part boxes. But in the shot of him running he's suddenly a few feet behind this line and not to it yet. (00:14:45)

All the pictures for Death Battle