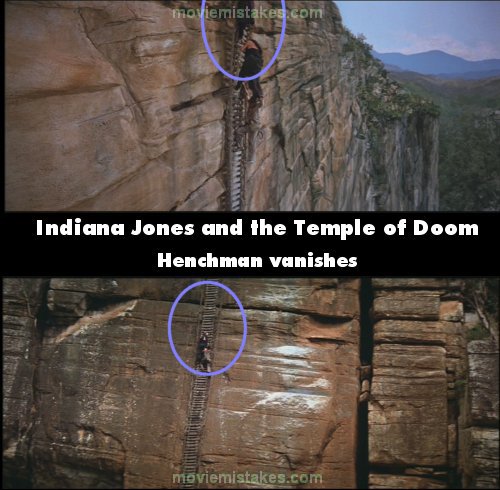 Continuity mistake: Near the end when Kate Capshaw, Harrison Ford, and the kid are on the bridge, Harrison cuts the bridge with a large sword. Several men fall into the water below. The bad guy grabs hold and hangs on to some of the henchmen. The number of henchmen changes between shots. Close-up 3, wide shot 2, close-up no men, then back to 2 and so on. The bad guy throws some off as he climbs up the bridge but the number changes in the wrong order.

All the pictures for Indiana Jones and the Temple of Doom