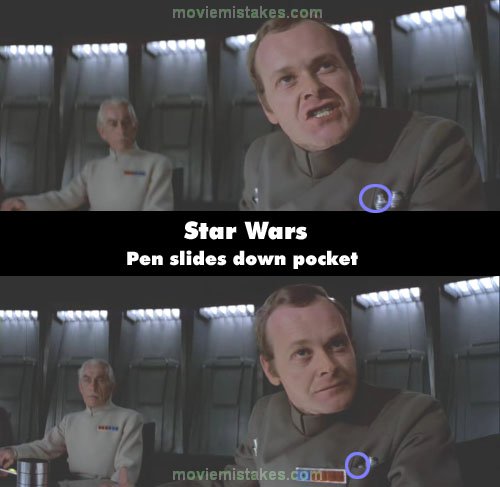 Continuity mistake: In the scene where Vader chokes the imperial officer with the force, watch him before he gets choked. On his left (your right) of his blue and red button things, he has a pocket with what looks like two pens sticking out. But in a later shot, only one "pen" is sticking out. Later, it goes back to two again.

All the pictures for Star Wars