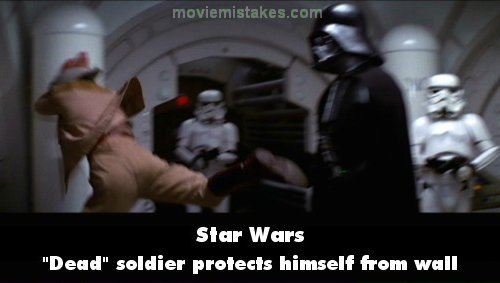 Revealing mistake: In the scene at the end of the very first battle, where Imperial troops have just taken control of Princess Leia's rebel ship, Darth Vader breaks the neck of the Captain Antilles and tosses his body to the wall. The "dead" Captain puts up both of his hands to avoid slamming his face into the wall. (00:05:40)

All the pictures for Star Wars