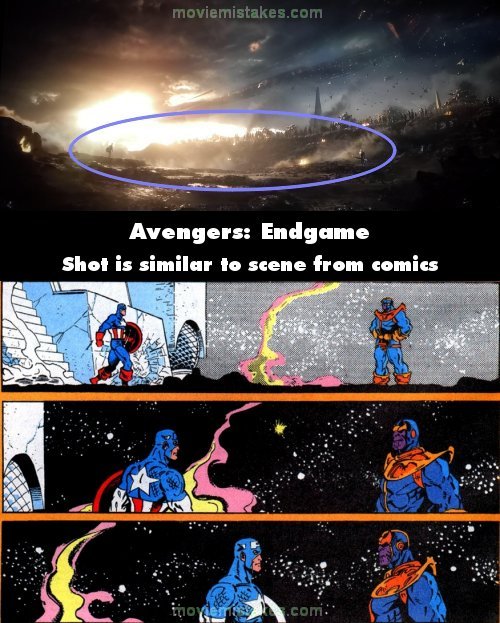 Trivia: During the climactic battle, before Doctor Strange returns with the other restored heroes, there is a wide shot of Captain America all by his lonesome walking towards Thanos. This is similar to a scene from the "Infinity Gauntlet" story, where amongst a slew of defeated heroes, Cap defiantly walks right up to Thanos and tells him he will never be able claim victory as long as at least one person stands against him.

All the pictures for Avengers: Endgame