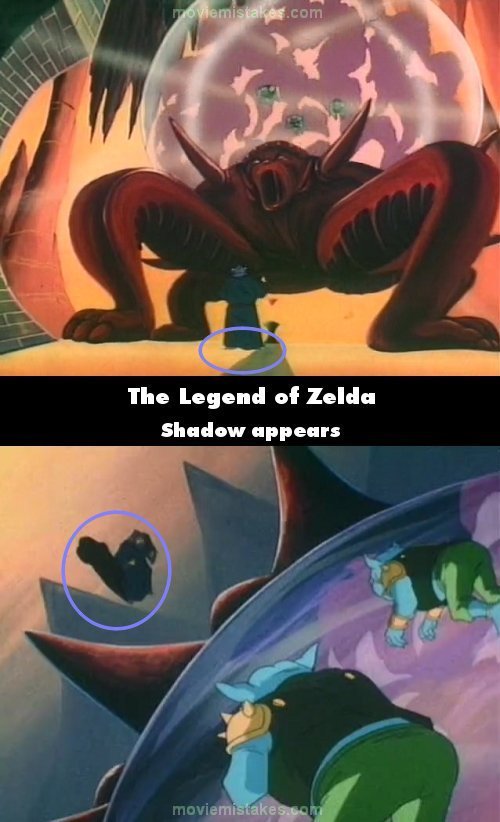 Continuity mistake: As Ganon is teleporting around angry at the Moblins before he kills them, he stops just short of his giant evil jar and he has no shadow behind him, even though the Triforce of Power's podium casts a shadow. It cuts to a high angle and suddenly he has a long shadow behind him. (00:05:20)

All the pictures for The Legend of Zelda