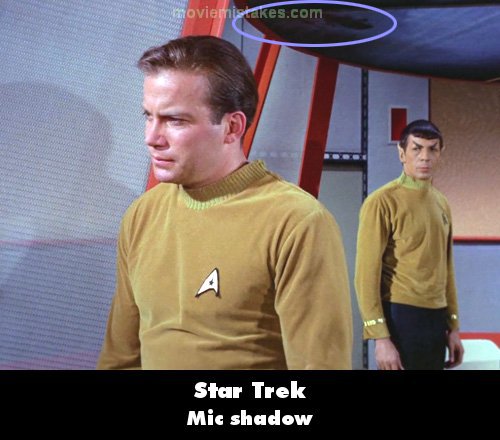 Visible crew/equipment: After Kirk's briefing regarding Mitchell's abilities, when Spock and Kirk are alone just as Spock says that they'll never reach an earth base with Mitchell aboard, the boom mic casts a shadow overhead until Spock steps forward, and a bit can be seen again when Spock tells Kirk that it's his only choice. (00:24:50)

All the pictures for Star Trek