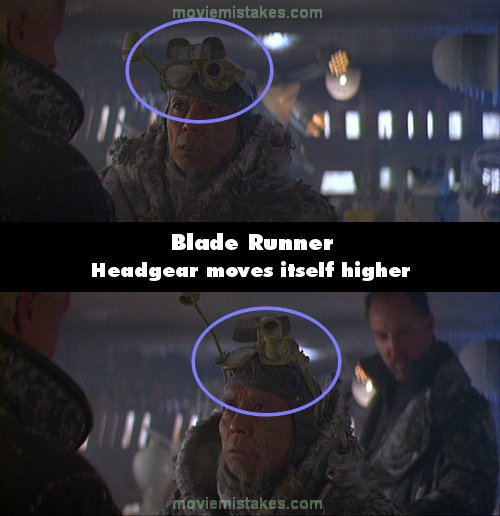 Continuity mistake: After Leon puts his hand in the freezing liquid holding the eyes, warranting several angered scolds from Chew, Chew looks at Roy in puzzlement. Between this shot and the shot after Roy says "Yes... Questions." The head gear on Chew's head moves up on his hat. The position of it changes several times during this scene. (00:28:40)

All the pictures for Blade Runner