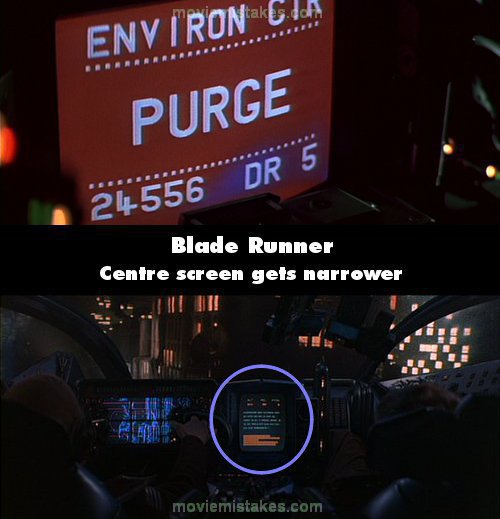 Continuity mistake: After Gaf takes Deckard to his police car to go see Captain Bryant, he looks at a screen that is blue, then turns red and says PURGE. He looks down and to his right when he sees this. Moments later as they are flying in the vehicle, a view from the back seat shows the front dash with two screens. The one in the center, which would have been the one he was looking at since he was looking down to the right, is now much skinnier than it was moments before. It's the one showing green and orange text now. (00:10:25 - 00:11:10)

All the pictures for Blade Runner