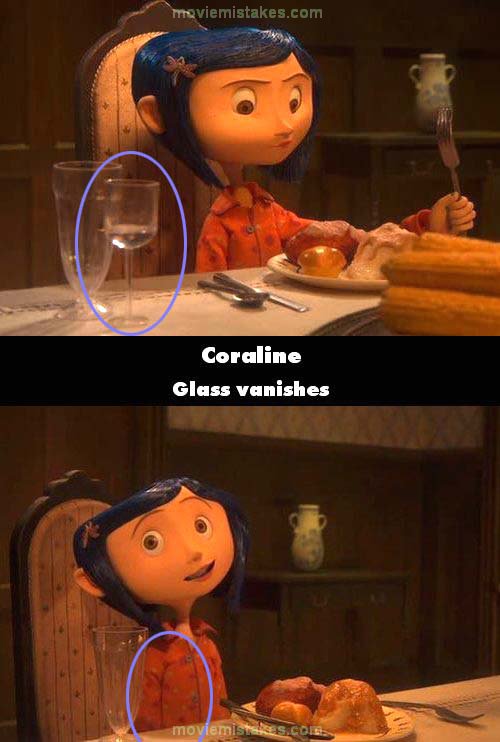 Continuity mistake: During Coraline's first meal with her Other Mother and Father, just before Coraline says "I'm real thirsty." there are two drinking glasses to her right, the one she uses a couple seconds later and a smaller one. After the cut to the chandelier lowering, it goes back to Coraline and the smaller glass has completely vanished.

All the pictures for Coraline