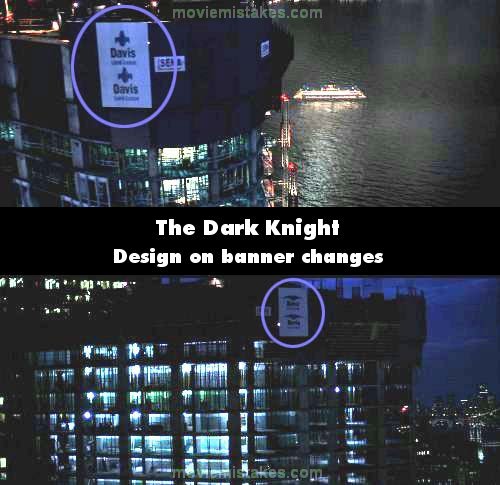 Continuity mistake: Just after Gordon gets a call from Batman saying, "Gordon, I have the Joker's location, Pruitt building" it cuts to an aerial shot of the building. On the building there is a construction banner with the logo DAVIS, with a blue anchor shape logo. Then later on, when Gordon has the binoculars and says, "Why would they choose a spot with such good weakness" there is another aerial shot where the building banner now read BOVIS, with a blue arch logo. (01:56:55 - 01:58:55)

All the pictures for The Dark Knight