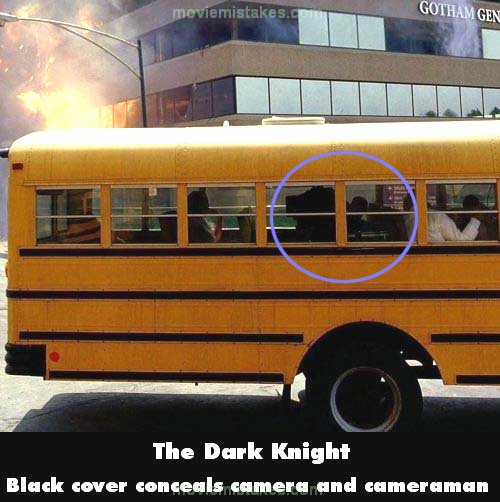 Visible crew/equipment: When the Joker gets on the bus, after blowing up the hospital, about halfway along inside the bus is a large camera set-up. It can't belong to Mike Engel's news crew as it is not only too large to be hand held or shoulder mounted (it is one of the IMAX cameras used to film a shot from within the bus that wasn't used in the final cut) but also has a thick black cloth draped over it for the cameraman to work beneath. Obviously not a camera used by any news crew. (01:48:00)

All the pictures for The Dark Knight