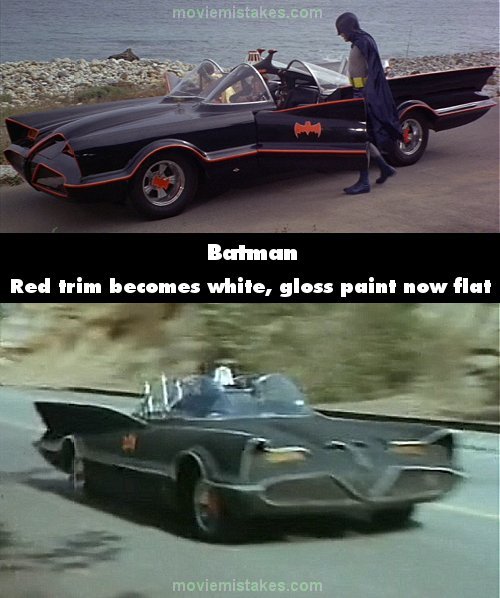 Continuity mistake: Just after the Joker tells the fake Robin to turn on her homing beacon, a quick shot of the Batmobile approaching shows it isn't glossy black with cherise red trim as normal, but is instead flat black with white trim. This footage was from pre-series testing, painting the car different ways to see how it would look best on film, but somehow this footage was actually used in the episode by mistake. (00:06:20)

All the pictures for Batman