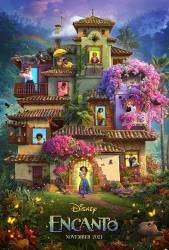 Continuity mistake: The little kid gives Mirabel the door knob, she looks at it and then the two of them come closer to the door but where is it? Neither of them have it and then Mirabel has it again. 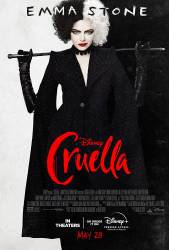 Factual error: When Cruella first drives her iconic car, being in Britain the driver's seat should be on the right side, not the left. 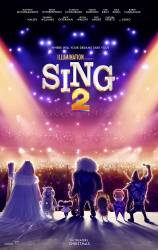 Plot hole: Johnny's dad jumps in his truck and gets to Johnny in moments. That same journey was shown to be an overnight bus journey for everyone else. 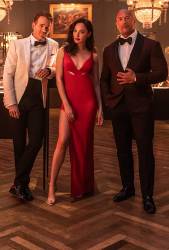 Factual error: Dwayne Johnson is pursuing a thief. He gets into a Porsche Taycan and pushed the start button, and he can drive off. But you have to have the key fob in your pocket or bag. Porsche explains: "As long as your key is close when you grab the door handle, the system automatically checks the encrypted access code on the key. Once your code is validated, the door will unlock, and you'll be granted access to your vehicle." Dwayne had no fob, as the car was just parked.

Suggested correction: I assumed the car belonged to the guy who was stood just in front of it, so the fob would have been in his pocket, close enough to start it.

Maybe start it, but since he drove away, the fob would no longer be in his possession and although the car would continue running one time, it could not be restarted. 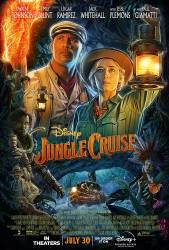 Revealing mistake: The jaguar near the start jumps onto the bar and prowls along it. It knocks over one glass with some force, which shatters, but the second glass is barely tapped by its foot and it smashes to bits too, when it should just have been pushed out of the way.

Continuity mistake: Leonardo DiCaprio's phone is shown attached to his car dashboard. He gets out of his car, all the while, looking up toward the sky. The next scene shows him grabbing his phone from his pocket while standing outside his car. (01:36:06 - 01:36:56) 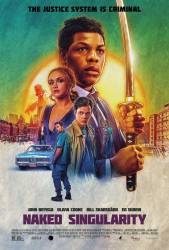 Factual error: Unless left in the vehicle (not the case here), towed impounded vehicles do not have keys. Moreover, lacking keys, a valid registration, possibly proof of insurance, and new plates, vehicles bought at a NYPD auction are to be TOWED away. A newly-purchased auctioned vehicle, such as the Navigator in the movie, is "ticket-" or "citation-ready", not ready to be driven on the streets. 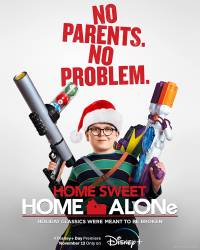 Continuity mistake: At the beginning of the movie, the real estate agent greets the McKenzies, lovers of all things open. The potential clients hold the papers in a completely different way at the cut ("I was just telling the Breckins that..." etc). (00:01:15) 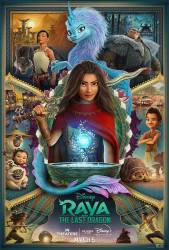 Continuity mistake: When watching the water retreat after Sisu falls, a view from behind the characters shows Noi sitting on Tuk Tuk. The very next cut shows Tong picking her up from the ground. (01:18:01) 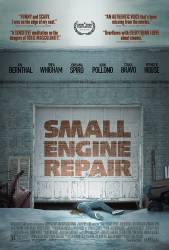 Other mistake: Packie arrived at Frank's garage on a bicycle, wearing a brown coat, hat, gray hooded sweatshirt, patterned shirt, and a T-shirt. Swaino arrived on a motorcycle, wearing a tight jacket, no hat, black gloves, and black jogging jacket with white trim. When they were outside by the grill, they had large sweaters over their coats. It isn't known where these sweaters came from. It can be assumed the blanket Swaino used at first was from Frank's garage, but the sweaters did not appear to be Frank's. (00:25:32 - 00:37:35) 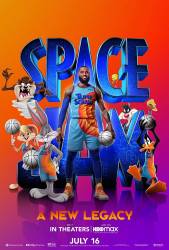 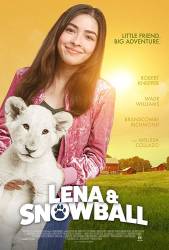 Revealing mistake: When "Snowball" is sleeping on Lena's bed, it is obviously a "stuffed double" (stand-in). Snowball is usually partially hidden behind the dog (so breathing doesn't need to be shown/mimicked). The failure of Snowball to make even a slight movement is a giveaway (e.g, no ear movement when Lena starts talking), but even the stuffed lion, in itself, is not a very good replica - it simply looks fake. (00:33:44 - 00:48:20) 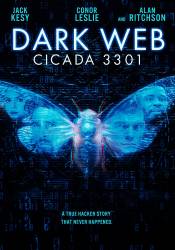 Factual error: Morse code is supposedly being transmitted by the blinking street lights. They supposedly spell "For 3veryth5h1ng that 7iv3s is holy." I know Morse code. It was just a random scattering of letters. (01:00:05) 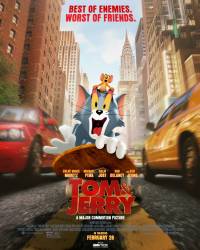 Continuity mistake: When Tom knocks down the bike at the car, the position of the fallen clothes changes between shots. 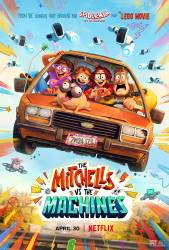 Continuity mistake: While the two robots speak with the Mitchells at the dinosaur store, one of them has some orange juice on his face which disappears between shots.

More The Mitchells vs. the Machines mistakes 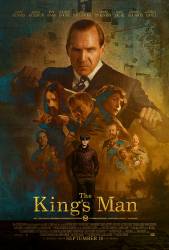 Factual error: The Black Watch sergeant major wears a crown over three chevrons, which was the correct rank badge for a company sergeant major until 1915. However, this is at least 1916 (as conscription has started and the men are wearing steel helmets, both introduced in 1916). CSMs had been redesignated as warrant officers in 1915 and now wore a crown on the lower sleeves instead. 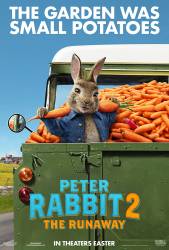 Factual error: During the escape from the farmers market a red London bus is in the background. Those busses aren't used in Gloucester. 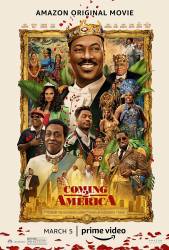 Continuity mistake: When King Akeem is training his son to take the whiskers off a sleeping lion, they are up in a platform. In the angle looking at the son, a fan is causing a shadow on Akeem's shoulders. In the opposite angle it is not visible. 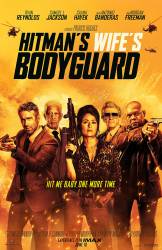 Revealing mistake: During one of the chase scenes, an SUV hits a rock barrier and flips over landing on its top. The car spins around, and we see that it is empty. The driver then climbs out as if he was just in the vehicle. 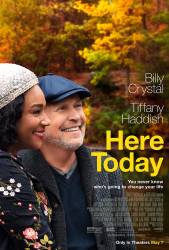 Revealing mistake: After Charlie talks to Emma in Francine's old bedroom and is standing in the doorway, the background (segment of the hallway) is obviously fake. Shown are less than five of the top steps on the staircase, only a fraction of the size of real steps. The lower section of the banister is also a reduced size. (01:31:35)