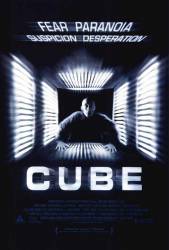 Deliberate mistake: Leaven spends too much time thinking about if 645 and 372 are prime numbers to be believable. But she knows the factors of 649 and the result of 26 to the power of 3 almost immediately. Plus anyone with any maths knowledge whatsoever would know that any even number (or one divisible by 5) can't be prime, so 645 and 372 could be dismissed without even thinking about it. 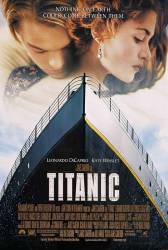 Deliberate mistake: In the scene at the start of the movie with the "authentic" piece of film, you can see a girl with a hat waving to the people at the ground. When the ship is leaving port in the film, she and others are in the same positions, only in reverse, because the first "authentic" shot is the same shot, only mirrored. (00:00:40 - 00:25:30) 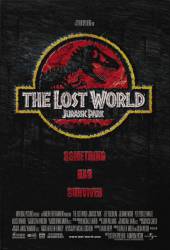 Deliberate mistake: When the ship crashes into the dock, all of the scenes leading up to the crash and after it show a clear view across the harbor as we can see lights and land on the other side. It's not until the ship is about to crash that a thick and dense fog appears and disappears within a minute to mask the ship to create a more dramatic effect. 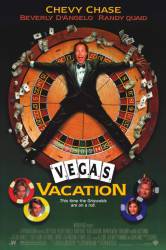 Deliberate mistake: In the final scene when the four cars are driving away there is a road sign that shows how many miles it is to Chicago (where the main characters are from). In reality there would not be such a sign because there is not one direct route from Vegas to Chicago. A typical road sign would show the nearest cities. 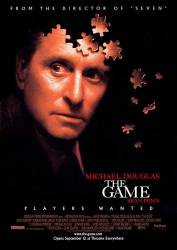 Deliberate mistake: Every time Nicholas enters his gate at home, it's daylight and then when he drives up to the house it is night. Either he has a 300 mile property or there is something else going on. It would appear that it is deliberate as it happens many times in the film. Symbolically, Nick is leaving the world as he appears with wealth and privilege (light) and entering the real van Orton world of solitude and sadness (dark). (00:09:00 - 00:09:55) 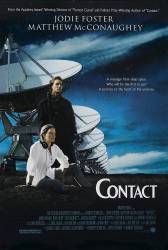 Deliberate mistake: The slow rate of the radio telescopes at the VLA has been greatly increased for the movie. They are actually quite slow and make little to no noise. 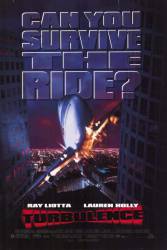 Deliberate mistake: In a lot of the shots in the cockpit, when Teri is attempting to begin taking control of the aircraft, notice the Horizontal Situation Indicator on the First Officer's side. The compass rose is moving around erratically - which would suggest that the 747 is also changing heading extremely erratically and robotically - which isn't possible. 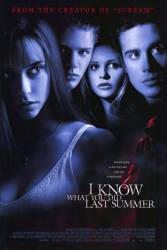 Deliberate mistake: Another indication that this was filmed on the west coast is that in the opening shot you can see the sun. If this was North Carolina at sunset then the sun would not be visible across the ocean. (00:01:20)

jle
More I Know What You Did Last Summer deliberate mistakes 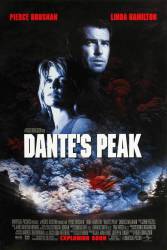 Deliberate mistake: Geologically, the type of volcano in the movie shouldn't erupt so much low-viscous magma; but due to make the volcano exciting to the audience, the movie makers probably deliberately ignored this mistake. 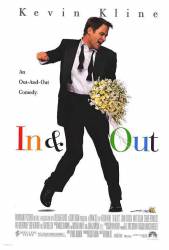 More In & Out deliberate mistakes 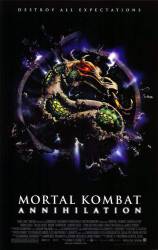 Deliberate mistake: When Sonya finishes Mileena, Mileena's shoulders are muddy and she is face down, but when we have a close up of the dragon tattoo the right shoulder is cleaned off and what mud is left is dry. (00:42:25) 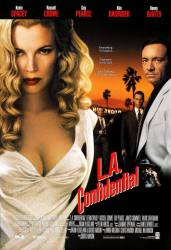 Deliberate mistake: When White almost fights with Exley in the street and is pulled away, the public mailbox by the side of the road is all blue. Mailboxes back then were red on top and blue on the bottom. 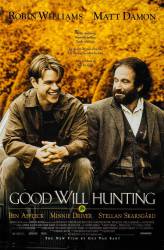 Deliberate mistake: Skylar's leaving is edited together with footage of Will sitting in a park watching planes take off - including, presumably, her plane. The sun is directly overhead in his scenes, while hers were filmed near sunset. (Most obvious when you see the very long shadows during the same airport footage which is also used in the deleted scene "Pudge Fisk Card"). (01:39:20) 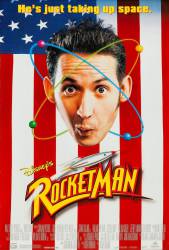 Deliberate mistake: At the end of the movie Rocketman shows his lady friend a space blanket, out of which he states he made something: ballroom dancing outfits. The difference in the material is just too obvious for this not to be a deliberate mistake. The outfits aren't the slightest bit related to the foil they were supposed to be made of. 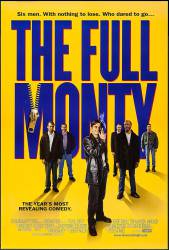 Deliberate mistake: In the very first scene, with Dave, Gaz and Nathan in the abandoned steel works, they only have one girder, but when they're on the car in the middle of the canal, they have two: one balancing on the car roof, and the one Nathe walks across. 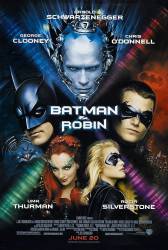 Deliberate mistake: When Barbara Wilson/Batgirl first arrives she is standing on a ledge beside the front door when Robin answers the door. She then exclaims, "Oh. Uncle Alfred." However she could not possibly have seen him, not just because of her angle, but also the fact it is after that statement that he first comes into view. (00:34:10) 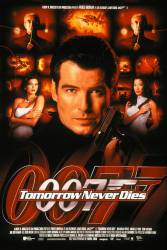 Deliberate mistake: In the helicopter and motorcycle chase scene, there are a few things that are not possible. A helicopter cannot hover at such a steep angle nor can it move slowly horizontally while being at that angle. A helicopter doing that at such low altitude will crash because it will tend to move in the direction the nose is pointing. Nothing in a helicopter can make it move in the way seen in this scene. Also, a helicopter cannot use its rotor blades as a cutting tool as seen in the beginning of this sequence. The moment the blades contact any object the helicopter will lose control and crash into the buildings in the sides. No room for error in such a narrow place and low altitude. 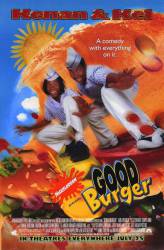 Deliberate mistake: As the Mondo Burger building is falling apart, customers and employees run out the doors. The glass doors then shatter. Not only do they break at the exact same time, there was nothing to make the windows shatter as hard as they did. 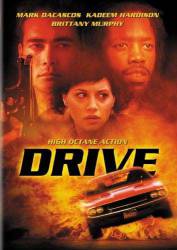 Deliberate mistake: In the finale when Kadeem Hardison is beat up by the motorcyclists he performs a back somersault. As he falls to the floor, you see a white guy's back, despite the character being black. 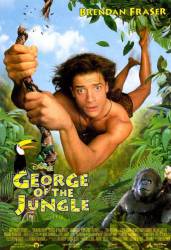 Deliberate mistake: Every time George swings into a tree, there is a George shaped impression created. However, in the next scene the tree is back to its natural shape.