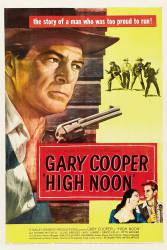 Factual error: During the gun battle, Gary Cooper runs behind a building that has an air-conditioner or swamp cooler installed in a second-floor window. (01:17:30) 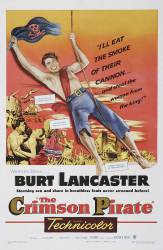 Other mistake: An antenna can be seen on the building above the grain warehouse. 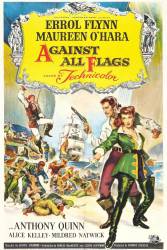 Continuity mistake: Near the end of the film, Errol Flynn begins to sword fight with a pirate inside the cabin of the ship. Flynn backs the pirate outside onto the deck. When the scene changes to the deck, Flynn is fighting an entirely different pirate.

More Against All Flags mistakes 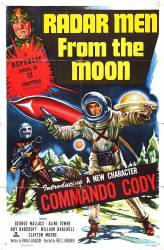 Factual error: Since this film serial was made in the early 1950s there are many scientific inaccuracies about the moon in it, not the least of which is that, according to the story, the moon has exactly the same gravitational pull as Earth. 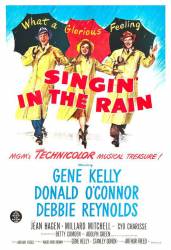 Other mistake: In Gene Kelly's 'Singing in the Rain' sequence, the taps he makes do not match up with the actual movements of his feet - they are much more complicated than the steps he makes. Since one can't tap dance in wet loafers, Kelly had to do the dance in the studio, and the taps were added into the picture. He apparently got a little overzealous.

More Singin' in the Rain mistakes 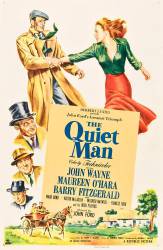 Continuity mistake: During the extended fight scene, Will Danaher and Sean Thornton go crashing into a hay stack. As they emerge, they announce to the crowd that they are going to fight by the Marquis de Queensbury Rules. As they make the announcement, Sean Thornton's back is covered in hay. As he turns, the camera cuts to follow him, and there is instantly no hay on his back.

Continuity mistake: When Sam points his gun at Bugs at Fort Knox, he says "But I can't take any chances!" and throws away the gun. In the next shot, the gun is back in his hand again. 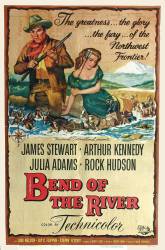 Factual error: The chairlift for the ski resort on Mount Hood is visible in the scene that pans to the right just before James Stewart is abandoned on the mountain. This ski resort was not around when the film is set.

More Bend of the River mistakes 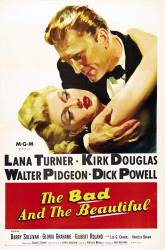 Continuity mistake: As Lana Turner and Kirk Douglas are toasting with champagne, the cigarette she is holding disappears.

More The Bad and the Beautiful mistakes 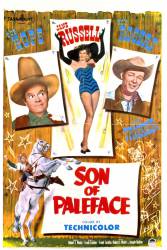 Continuity mistake: In the scene where Bing Crosby is talking to Ethel Barrymore at a picnic day for the girls of he very snobbish school, he makes a big deal out of taking out a cigarette and lighting it, but in the next shot - no cigarette.

More Just For You mistakes 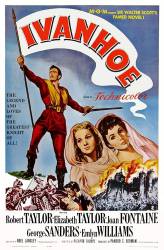 Other mistake: Before the trial by combat, when Richard Taylor and George Sanders choose their weapons, they are brought to them on their shields. But this happens to quickly, right after the choices were announced, as if predetermined. 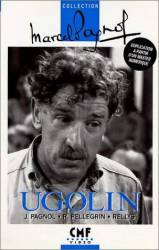 Visible crew/equipment: When Ugolin is chasing the rabbit you can see a crewmember duck behind a bush. 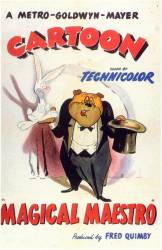 Continuity mistake: When Poochini is rehearsing, Mysto the Magician knocks on the door of his dressing room. At this point, you can see that the handle is on the left hand side of the door, but when Poochini opens the door, he opens it from the right hand side. 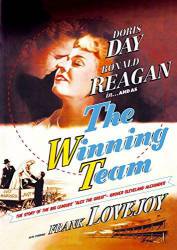 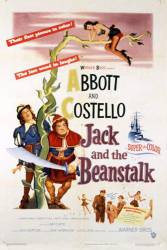 Revealing mistake: When the Prince and Princess are catapulted over the wall of the Giant's castle, you can see their shadows on the "sky" above the wall; the sky is a studio wall painted blue.

More Jack and the Beanstalk mistakes 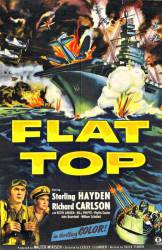 Continuity mistake: In this scene we see a flight of Navy Corsair fighters leaving the deck of an aircraft carrier on a training run. While in the air a close up shot of the flight leader's cockpit reveals that the aircraft in the background have changed into Grumman Wildcat fighters. When they make their attack run it's back to Corsair fighters with no sign of the Wildcat fighters. 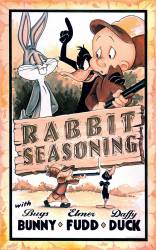 Continuity mistake: When Daffy Duck is printing fake rabbit tracks at the beginning of the cartoon, he puts two tracks next to Bugs Bunny's hole. But when Elmer Fudd arrives at the hole, the two tracks have disappeared. 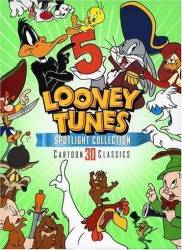 Continuity mistake: When we first see Bugs' home at the beginning of the short, there are four carrot ends around the hole. When the oil tycoon and Maverick approach Bugs' home later on, there are now only two carrot ends.

Continuity mistake: When the bandit takes Droopy's wallet, he empties the contents and finds a photo of Droopy's girl. At this point, you can see the bandit is holding the photo with two hands, but when we see a close-up of the photo in the next shot, he is holding it with only his right hand.