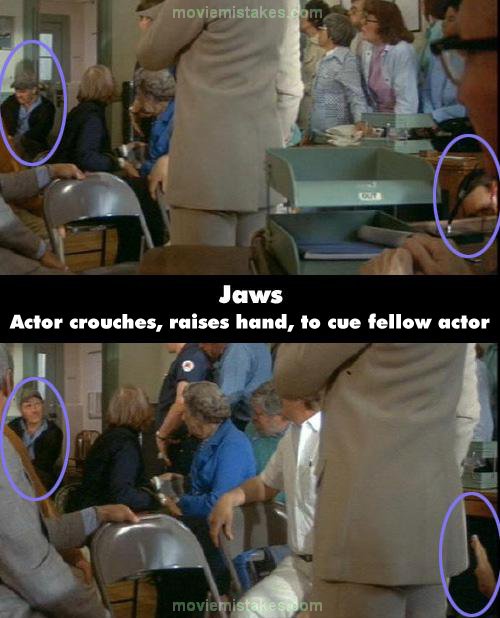 Revealing mistake: Just as Quint finishes scraping his nails on the chalkboard, the camera begins to move in closer when he takes the first bite of the cracker. On the right side of the screen under Harry's chin, Roy Scheider is seen ducking down while staring at the camera, as it pans toward Robert Shaw, and he then lifts his left hand up, cueing Robert's line. (00:20:55)

All the pictures for Jaws