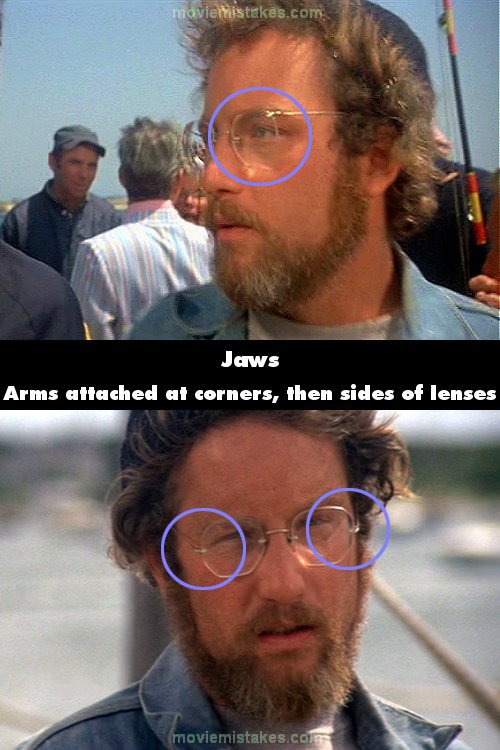 Continuity mistake: Hooper wears rimless eyeglasses, with the arms either attached at the upper corners of the lenses or at the sides of the lenses. If this didn't happen between shots within the same scenes, it could be presumed that Hooper has two different pairs of glasses and switches between the two, but they do indeed change between shots, such as when Mrs. Kintner slaps Brody, or even later, on the Orca. (00:36:05)

All the pictures for Jaws