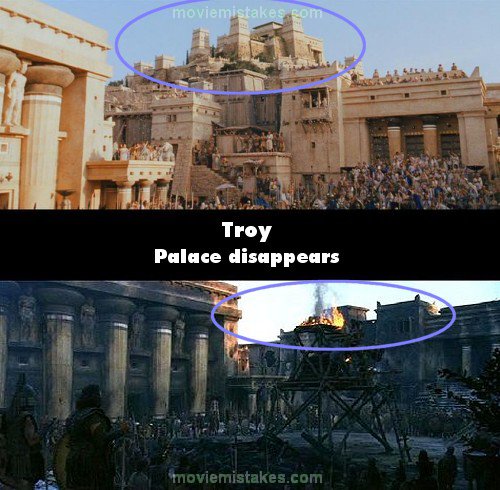 Continuity mistake: When Hector and Paris return to Troy with Helen, in the last wide shot as they ride in the chariot the camera pans toward the palace, high up in the distance over particular buildings. Later, just after Odysseus sets fire to the pyre with Achilles' body, when Odysseus' voiceover says, "...I walked with giants. Men rise and fall like the winter wheat," the entire palace is actually GONE in this shot, though it should be visible over the very same buildings as the earlier shot, since the angle of the camera is similar. Composite people simply neglected to add the palace in this pyre shot. (00:28:20 - 02:32:15)

All the pictures for Troy