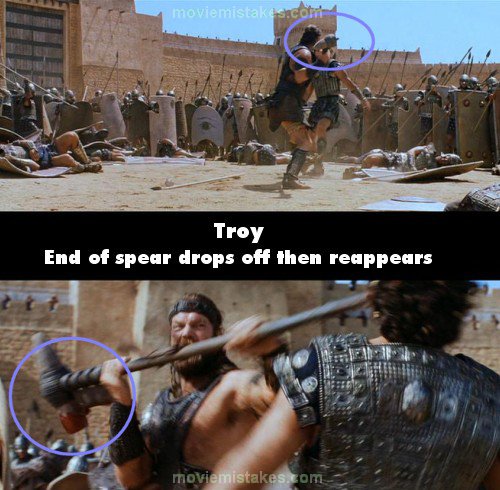 Continuity mistake: While Ajax and Hector fight, Hector head butts Ajax, and three shots later in a wide shot, half of the hammer end of his unusual spear actually breaks and falls to the ground behind him to his left. But lo and behold, in the next close-up the bloody hammer end (bloodier than the previous shot) of his spear is whole and intact. (01:20:00)

All the pictures for Troy