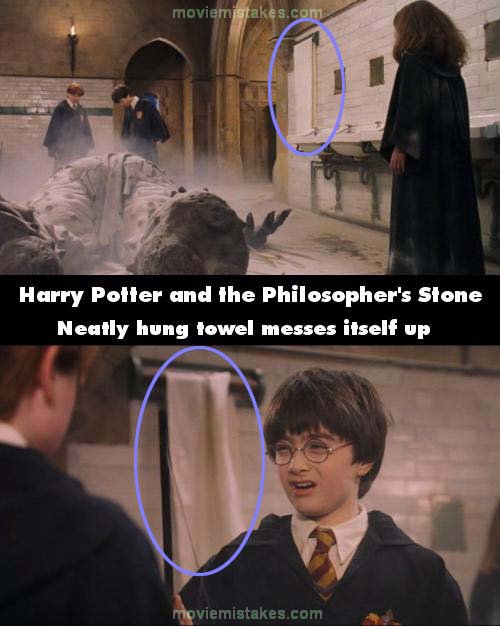 Continuity mistake: As Hermione walks toward the troll, just before she asks, "Is it dead?" the long towel hanging from the rod beside the sinks is visibly straight. When Harry lifts his wand with troll booger/bogey, in the shot of him as he grimaces and groans, the towel on the rod is visible behind him and it's messy. Yet when McGonagall, Snape and Quirrell walk in, the long towel is straight again. (01:12:00)

7
All the pictures for Harry Potter and the Philosopher's Stone