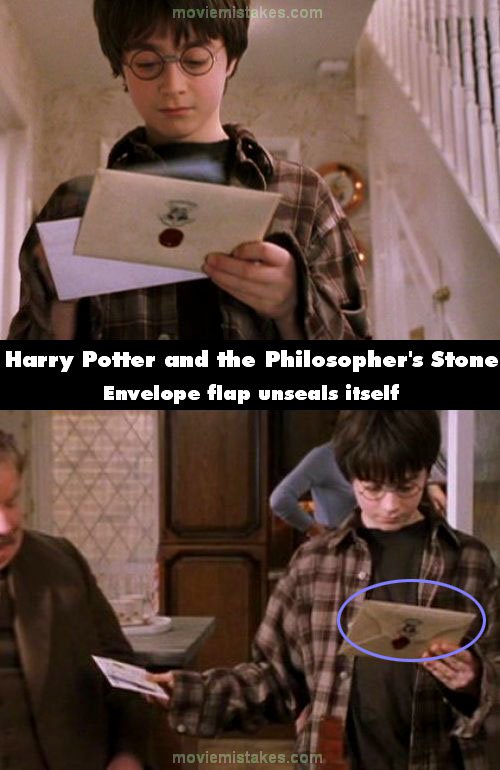 Continuity mistake: When Harry lifts the mail from the floor at the Dursleys, the Hogwarts envelope flap is sealed shut and it has the red wax seal at the tip. Yet in the kitchen after he hands Vernon the other letters, Harry holds the Hogwarts envelope and though the red seal is on the back, the flap itself is NOT sealed shut. The wax seals differ in both shots as well. (00:08:45)

All the pictures for Harry Potter and the Philosopher's Stone