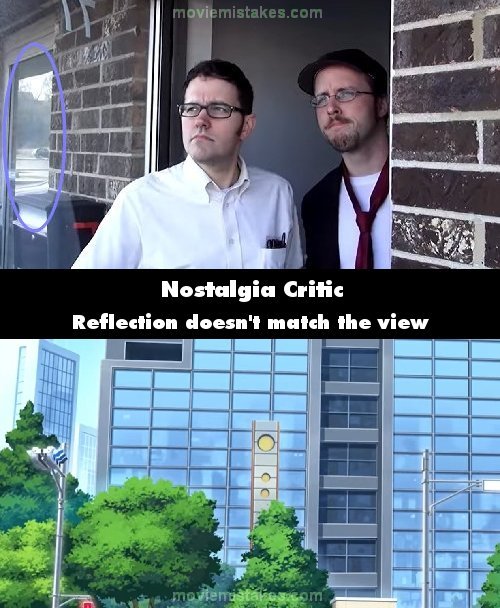 Continuity mistake: After they get the their mission from Santa Christ, The Nerd and Critic step out side and look around. Nerd notes that the city looks animated and the camera cuts to a cartoon landscape of a city that they are supposedly looking at to mirror the 80's TMNT cartoon. However, they are standing next to some glass of the exterior of their building and the reflections of the real world and real city are seen. (00:02:06)

All the pictures for Nostalgia Critic