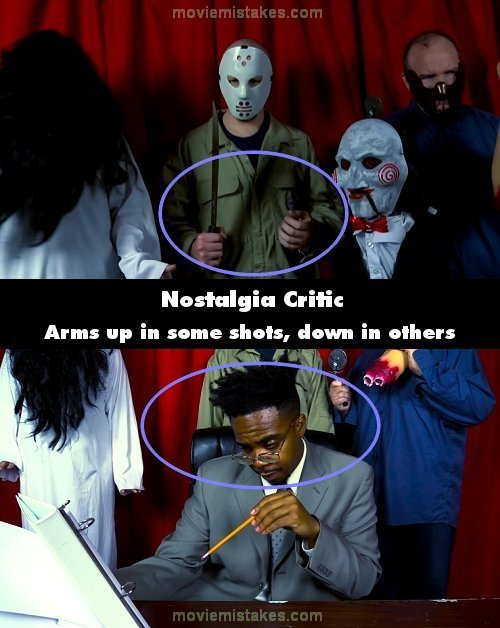 Continuity mistake: After the monsters are introduced and Nostalgia Critic mentions their accountant, it shows the accountant sitting at a computer with the monsters behind him. Jason Voorhees is directly behind the accountant and his arms are down at his sides. But each time the camera cuts to a close up of the monsters, he's hands are up with his machete, but then down again each time the accountant is shown. Also between each shot, Hannibal Lecter moves closer and further away from Jason, and Jigsaw keeps vanishing from in front of Hannibal each time. (00:02:25)

All the pictures for Nostalgia Critic