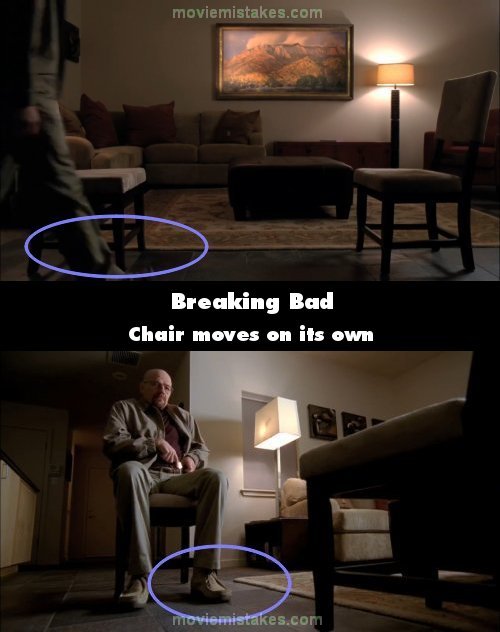 Continuity mistake: When Walt is practicing his pistol draw in his apartment, he drags over a chair in which to sit during his practice. When he is dragging it, he aligns it directly against the carpet. However, a few seconds later, another shot shows that the chair is now inches away from the carpet, despite him never adjusting the chair.

All the pictures for Breaking Bad