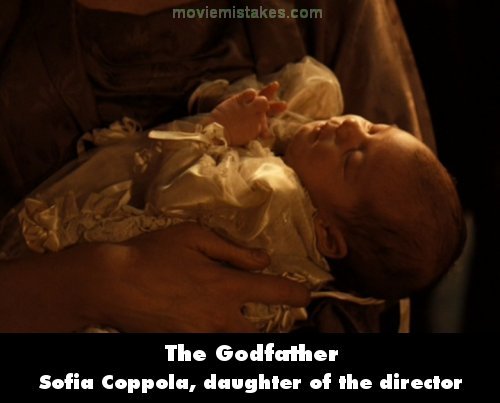 Trivia: The infant playing Connie and Carlo's baby son Michael Francis Rizzi who Kay holds during the christening scene is Sofia Coppola, Francis Ford Coppola's daughter, who was born in May 1971. Sofia later had a prominent role in Part III as Michael's daughter, Mary. Other than the main characters, Sofia is the only actor to have appeared in all three films. In The Godfather II, she can be briefly seen as an immigrant girl on the ship that brings Vito Corleone to Ellis Island.

All the pictures for The Godfather