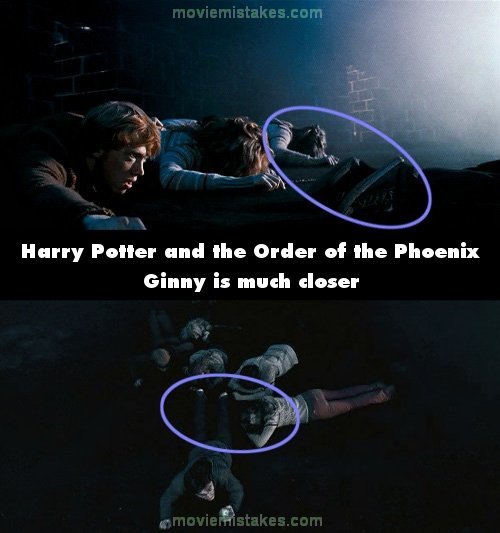 Continuity mistake: After the battle in the Hall of Prophecy, when Harry and the others land in the Death Chamber, Ginny is a good bit of distance away from Harry's feet in the side shot as they're all lying on the floor, but two shots later as they're starting to get up Ginny's head is now right beside Harry's knee. (01:52:25)