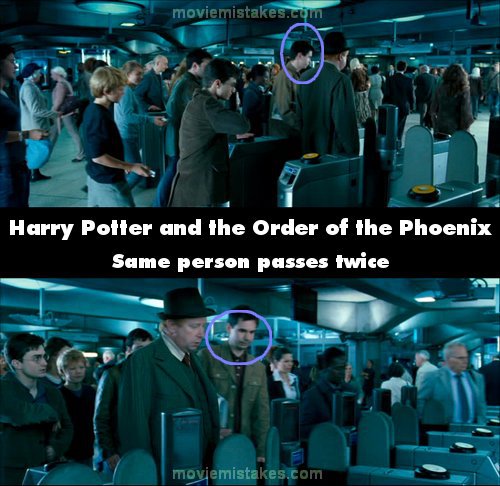 Continuity mistake: After riding down the escalator on their way to Harry's hearing, when Arthur Weasley tries to pass the turnstile, Harry's right hand reaches for the transit pass in his left jacket pocket in the side shot. Then he reaches once again in the front shot, before it cuts back to the side shot as he's still reaching for it. Also, note the man with the newspaper under his arm that passes the turnstile only to be back in line, between these shots. (00:17:10)