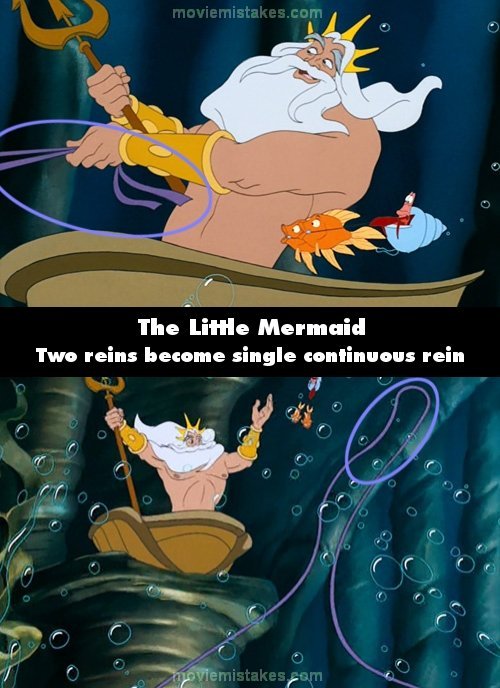 Continuity mistake: At the start, when King Triton makes his appearance he's holding dolphin reins, and at first it's shown as two separate straps in Triton's hand as he tells Sebastian he's looking forward to the performance, but when Sebastian replies that it will be the finest concert he's ever conducted, Triton lets go of the rein and it's a single continuous strap. (00:04:15)

All the pictures for The Little Mermaid