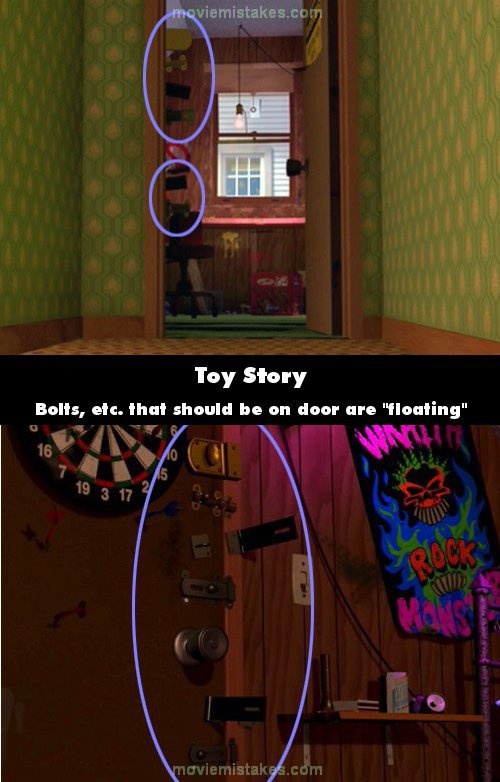 Revealing mistake: When Woody falls out of the closet wrapped in the string lights he hears Buzz's voice, and in the next shot as Woody sneaks up to Hannah's room we see Sid's open door and doorway, which looks perfectly normal. However, after Woody rescues Buzz from Hannah's tea party they both stop in the hallway, and there's another shot of Sid's open door and doorway, only this time it's not normal to say the least. Five of the six latches, bolts, and locks that should be (and normally are) screwed into and attached to the inside of Sid's door (one latch mechanism, third one down from the top, is attached to the door's frame) are now actually kind of floating there in mid-air right beside the doorway, as if there's an invisible door there. Weird that Pixar artists deliberately did this, but it's bizarrely funny to see.

21
All the pictures for Toy Story