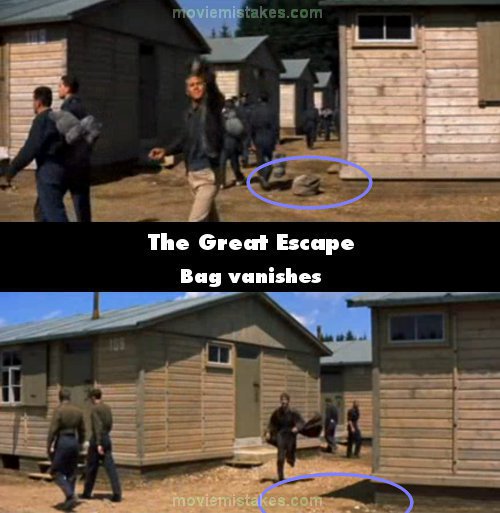 Continuity mistake: In the scene involving Hilts and his baseball directly after Sedgwick and Haynes have their sham fight, Hilts drops his canvas bag with his name on it on the ground. When Goff comes to join Hilts, however, the canvas bag is nowhere to be seen. Despite the angle it would have been seen as the bag was placed down horizontally. (00:13:35)

All the pictures for The Great Escape