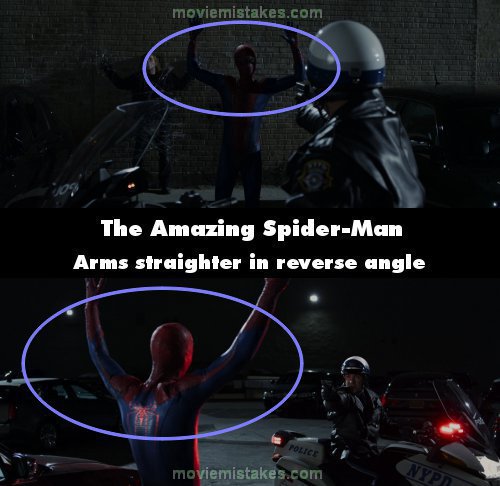 Continuity mistake: In the car thief scene, the cop points his gun at Spidey and tells him not to move. Spidey puts his arms in the air with his upper arms relatively horizontal and his forearms straight up. But in the immediate shot following, his upper arms are also straight up.

All the pictures for The Amazing Spider-Man