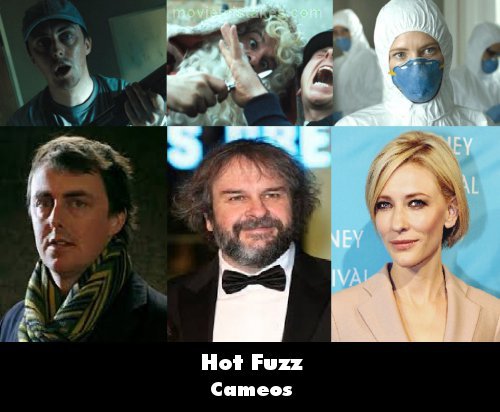 Trivia: There are brief cameos at the start of the film by Peter Jackson as Bad Santa, who stabs Nicholas, and Garth Jennings as the Crackhead who holds hostages. Later, Cate Blanchett appears as Janine, who is hidden behind a surgical mask, and from whom Nicholas is estranged. And the film's director, Edgar Wright, is seen as the store employee pushing the cart when Nicholas walks towards the manager's office.

All the pictures for Hot Fuzz