It's that time of year again! Time to gather round screens in a dark room and watch a horror movie - either a classic or something...less so. But whether you're screaming or laughing, here are 15 horrific hollywood howlers...

When Father Karras sprinkles holy water on Regan, they forgot to paint her ear lobes and it looks terrible. 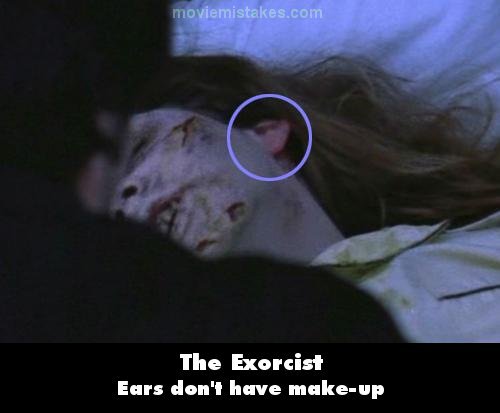 There's one bit where we see the shark slamming into a boat and gliding along the side with its mouth open. Not only does the shark's latex mouth bend beneath the snout, narrowing from pressure, but within the mouth you can clearly see yellow hydraulic tanks to open the mouth. 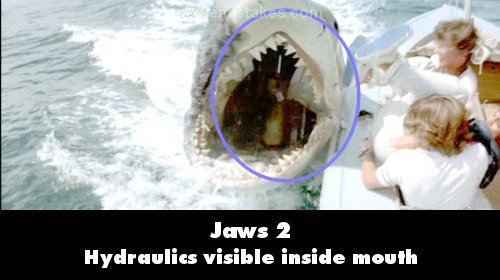 The scene where the vampires in the Titty Twister bar start devouring the customers. George Clooney confronts Salma Hayek. She taunts him and he shoots her. When he does this the jacket falls open to show he is wearing a white shirt underneath. However, when she comes back to life a couple of seconds later and punches him to the ground, his jacket falls open again - only this time it is a completely black shirt underneath. 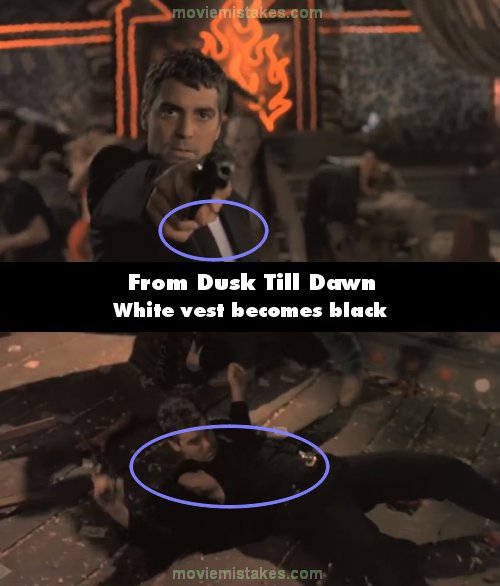 When in the grocery store, the produce next to Esther keeps changing when Kate gets the phone call. 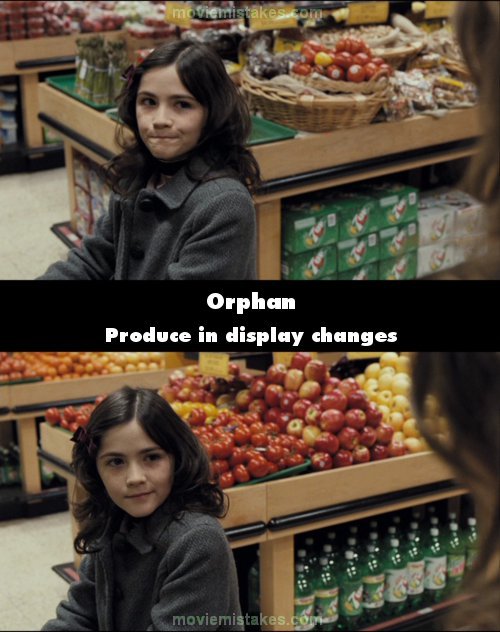 When we see the envelope with Obi's name on it, the position of the knife through the envelope changes three or four times. At one point it is by the "b" in Obi and in another it's above the "o". 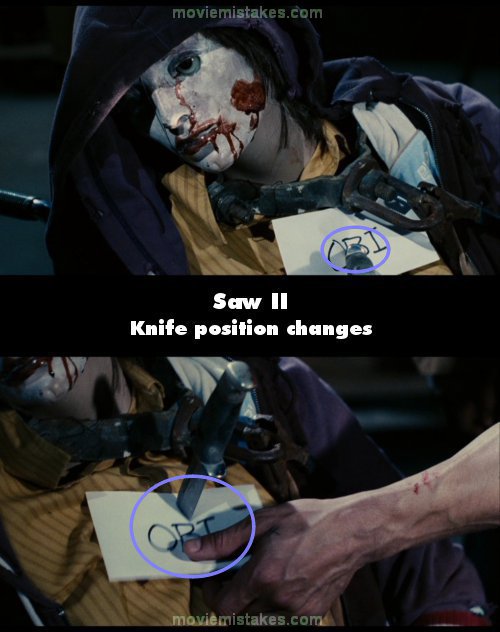 When Alison gets the gun from Zep and aims it at him, the gun is in her left hand. In the next shot it's in her right hand, and then it moves back to her left hand again. This is not an artifact of changing camera angles, you can clearly see the different hands holding the gun. 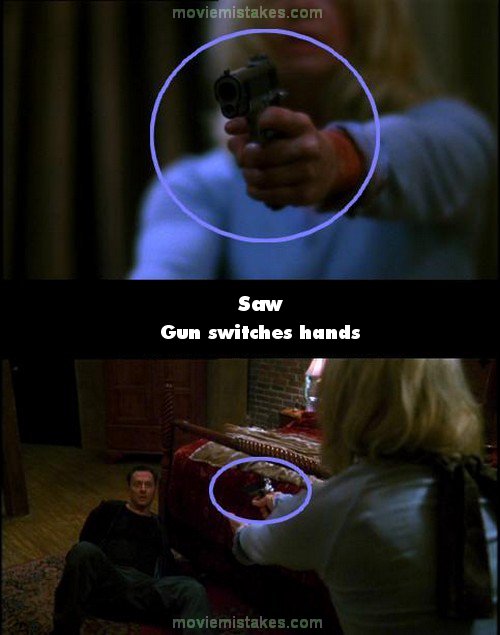 When Danny is playing alone in the corridor, with his toy cars and trucks, in the overhead shot, the little vehicles are set up on the orange and brown pattern, as the ball roles to him down the center brown path in the carpet's sextagon pattern. However, in Danny's close-up, when the ball is in front of him, all the little toy vehicles are now set up (still the same way) on the opposite side of the carpet's distinct pattern, as he also faces the opposite way. This mistake has absolutely nothing to do with the ghosts of The Overlook moving the ball. 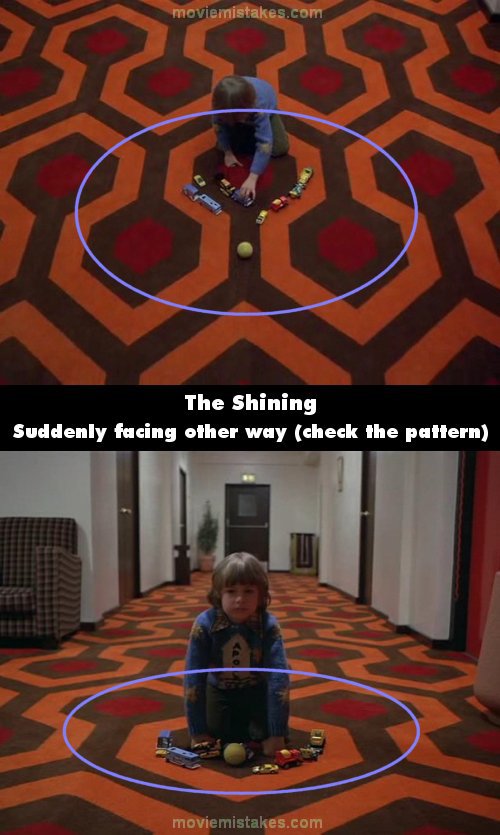 Watch the scene where Alice almost pokes the scientist with the pen. In the close up shot of the guy's face, she almost poked him in his left eye. In the far shot, the pen is being pointed at his right eye. 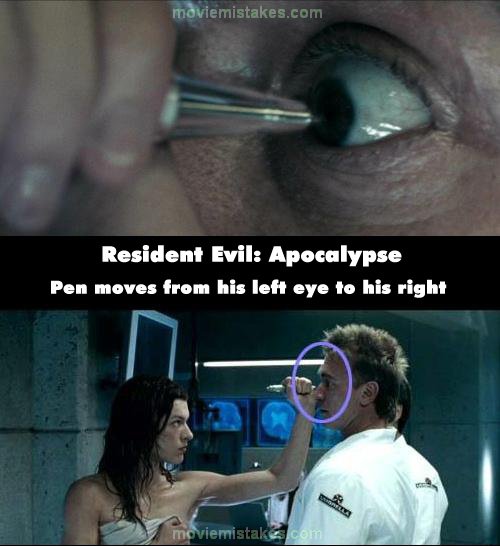 When Otis is driving away with Sheri and Captain Spaulding, at the end, there is no rear view mirror, yet when they are driving during the day it is there. 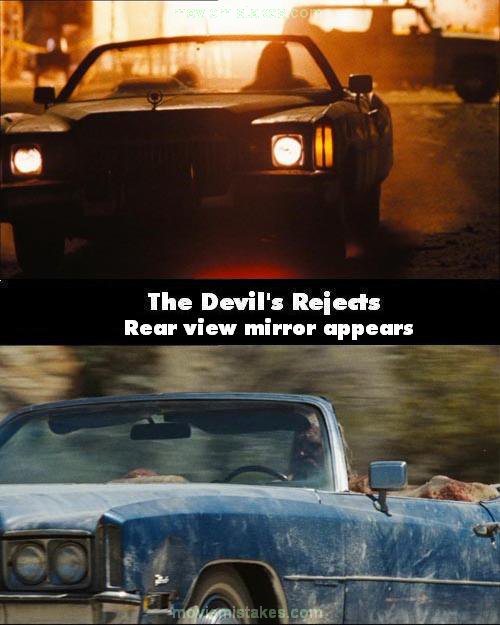 The amount of Kris' blood on Jesse's t-shirt changes constantly when he's running from Nancy's house. 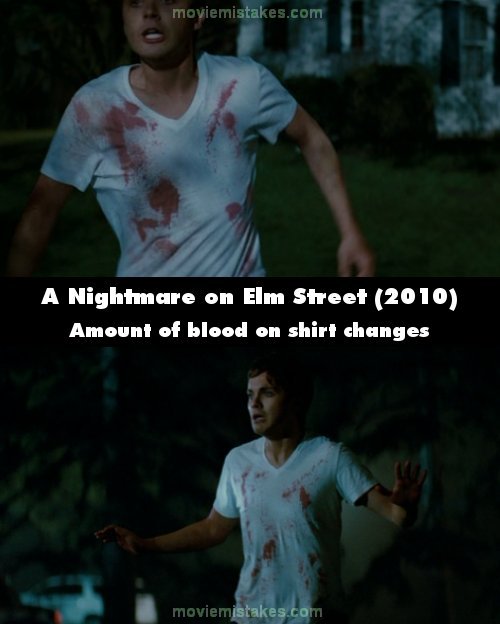 When Irv and Blaire are snuggled up on the couch, watching Wheel of Fortune, watch the big bowl of buttery popcorn they have. In the first shot it is full to the brim. In the next shot it's half full. 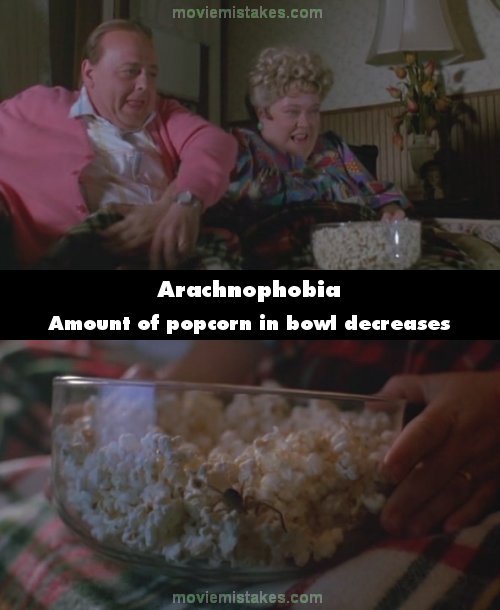 At the end when Sidney's dad falls out of the closet, if you look closely you can see the hands of a crewmember who was in there too, pushing items out after him. 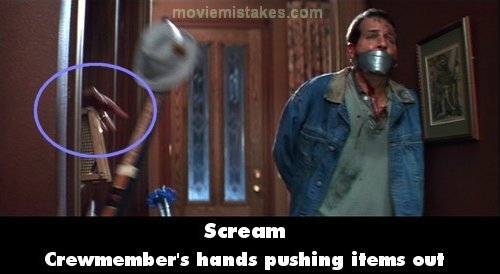 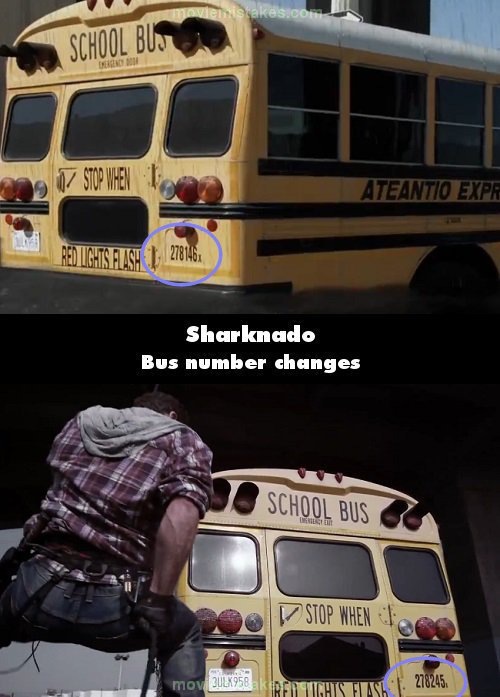 When Shaun bursts into the shed, the whole door falls off the frame. Seconds later when we see the shot of Shaun and Ed with the bat and shovel, there's two pieces of wood attached to the hinge on the right side of the doorframe. 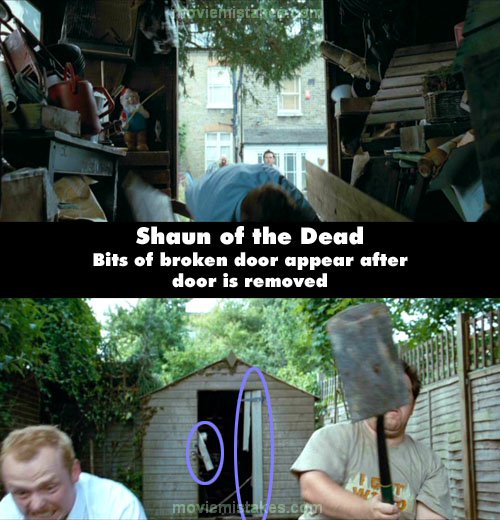 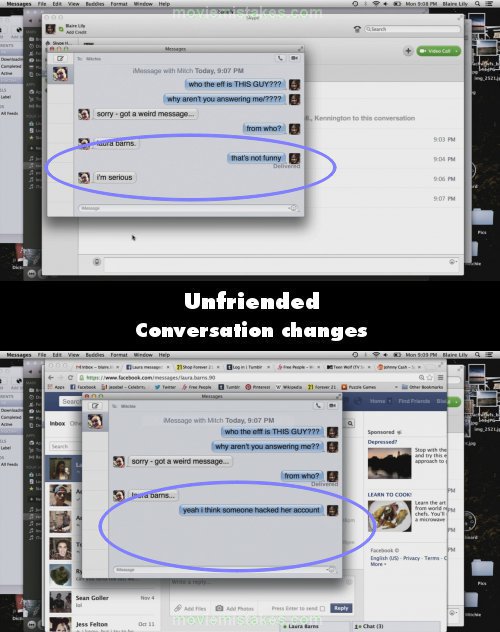 What was Thor doing during Captain America: Civil War?