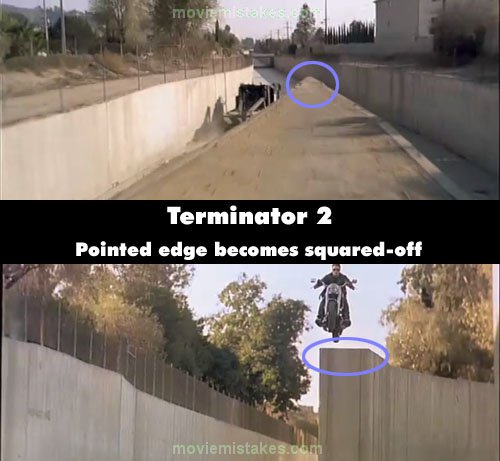 Continuity mistake: When the Terminator is riding the Harley chasing Young John Conner, John is down in the reservoir and the Terminator is up on the ledge, as he approaches the end of the wall, through the Terminator's point of view on the bike you see the wall end, it clearly extends to a point, on the very next scene as he makes the jump the point has all of a sudden gone from a point to a squared off edge. Obviously the jump would have been a disaster if the edge was pointed. (00:35:30)

All the pictures for Terminator 2: Judgment Day