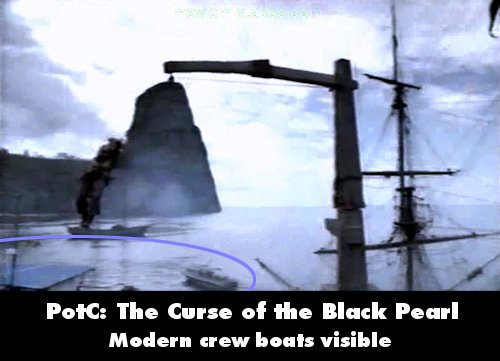 Visible crew/equipment: During Jack's escape, he swings about on the rope. As he does, in the shot immediately following Jack's first close-up, the film crew's blue flat-topped boat, as well as their speed boat with its trailing wake, are both visible at the bottom left of the screen. (This is ONLY visible on the video version.)

All the pictures for Pirates of the Caribbean: The Curse of the Black Pearl