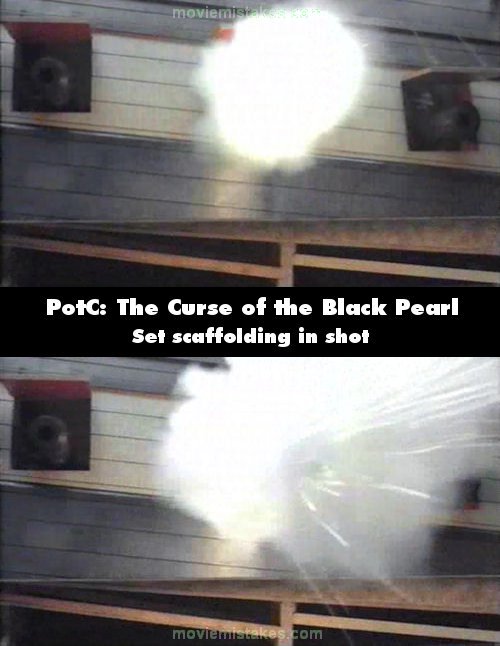 Revealing mistake: When the Black Pearl swings alongside the Interceptor for the battle, Elizabeth shouts, "Fire all!" The next shot is from behind the lit cannon which is aimed at the Pearl and the following shot faces the Interceptor's cannon, as it goes off. In the shot facing the Interceptor, the raw wood scaffolding type beams are perfectly visible at the entire lower part of the screen, where the painted planks (below the gun ports, above the bilges) of the hull should be. (This is only visible on the video version.)

All the pictures for Pirates of the Caribbean: The Curse of the Black Pearl