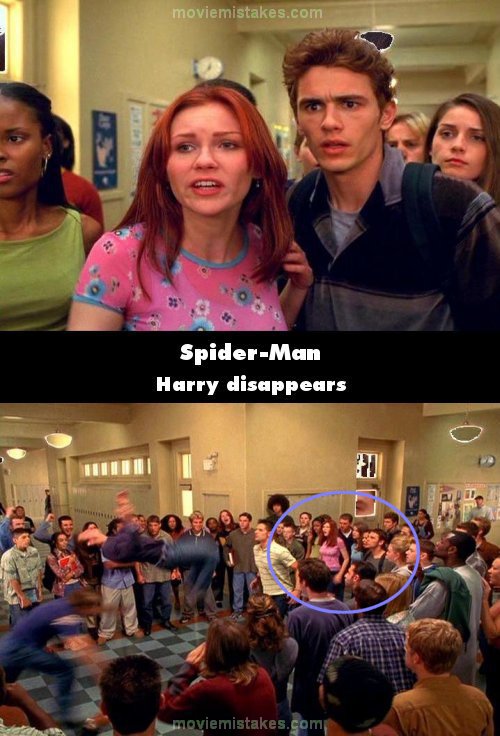 Continuity mistake: In the scene in which Peter and Flash are fighting in the hall, Harry runs up to Mary Jane to see what is happening, seconds later Peter jumps up to avoid Flash's friend charging him from behind. In the shot of Peter flipping in the air, you can see that Harry is no longer standing next to Mary Jane, a girl in a blue sweater is. After Peter lands, the camera cuts back to Mary Jane and Harry is once again by her side. (00:24:25)

All the pictures for Spider-Man