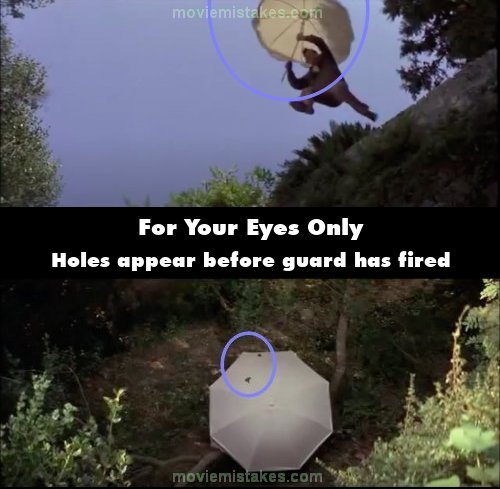 Continuity mistake: The escape scene from Gonzalez's villa. Bond uses a sun umbrella as a parachute. The camera shows Bond jumping, under the opened umbrella. At that point, the umbrella canopy doesn't have any bullet holes in it. Bond reaches the ground, lets go of the umbrella and runs. The camera cuts to the guard on the ledge above about to fire at the umbrella. He hasn't yet fired any bullets, but in the next shot there are suddenly already bullet holes in the canopy before the guard actually begins firing.

All the pictures for For Your Eyes Only