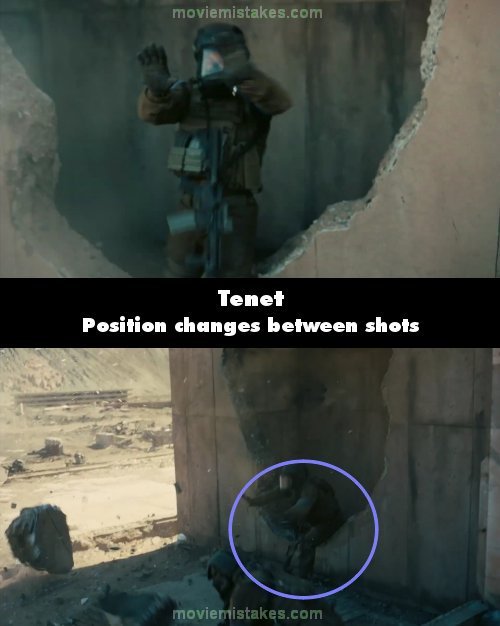 Continuity mistake: In Stalsk-12, Wheeler and a blue team soldier take cover inside a house in which chunks of rubble have been blown out of the wall. When the pieces of rubble begin to reassemble back into the wall, Wheeler runs out and the soldier attempts to run out but gets sealed back in. Right after Wheeler runs out of the hole, and the soldier begins screaming, he is shown standing upright. But in the next shot, right before the rubble chunks go back into the wall, the soldier can be seen now kneeling over the hole in the wall. (02:05:45)

All the pictures for Tenet