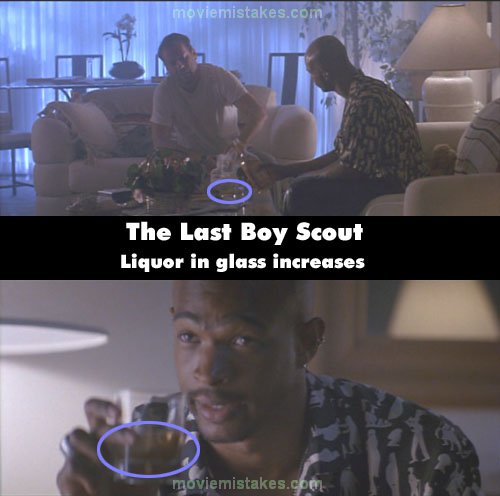 Continuity mistake: When Bruce Willis takes Damon Wayans to his house, Damon takes two glasses and a bottle of liquor and pours some of it into the glasses. A few shots later when Damon toasts to his dead son there is much more liquor in his glass even though he didn't refill it. (00:52:40)

All the pictures for The Last Boy Scout