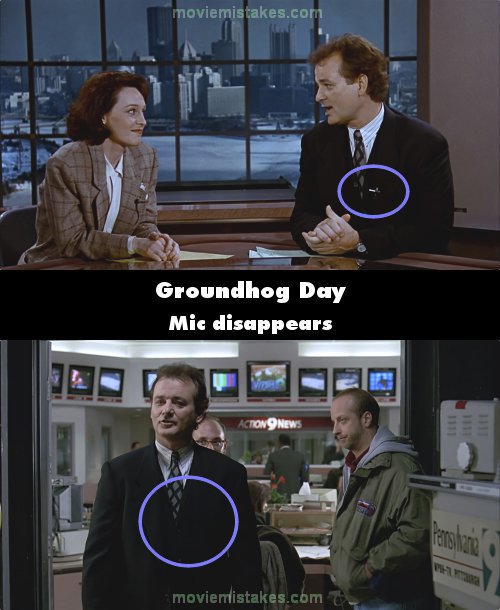 Continuity mistake: In the opening scene Phil is doing a weather report and is wearing a wireless mic on his vest. When they go off-air he jumps up and two seconds later the wireless mic is gone, neither on his vest or in his hands. Taking off both the mic and the transmitter would take longer than two seconds. (00:02:30)

All the pictures for Groundhog Day