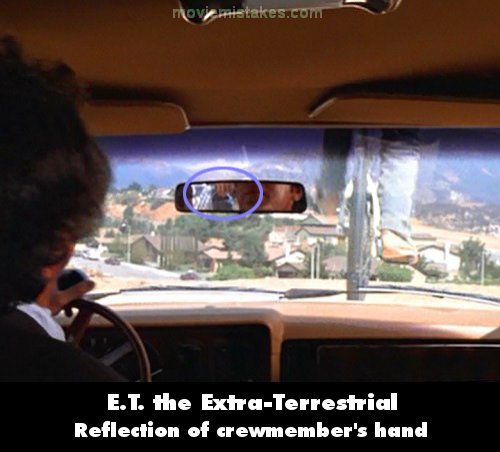 Visible crew/equipment: When the two government agents pull over at the bottom of the hill one of the agents remains in the vehicle, and in the shot from inside the car just as Greg rides his bike over it, the crew member's (presumably cameraman) hand can be seen behind the agent's head in the rearview mirror's reflection. (It can't be the driver's hand since it gets blocked from view by the driver's head, within the reflection).

All the pictures for E.T. the Extra-Terrestrial