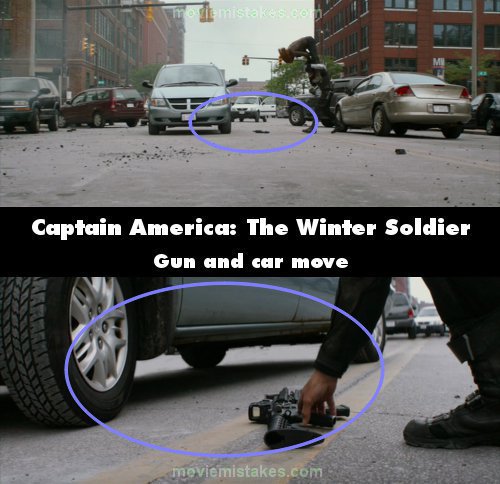 Continuity mistake: After the Winter Soldier blows up the car he assumed Romanoff was hiding behind, she sneaks up behind him and kicks the gun out of his hand. When he throws her at one of the cars, the gun is on the road to the left of some yellow lines, next to a car. A few shots later, when the Winter Soldier picks up the gun, the gun and car have both moved - the gun is now right on the lines, the car is still the same distance from it. (01:18:00)

All the pictures for Captain America: The Winter Soldier