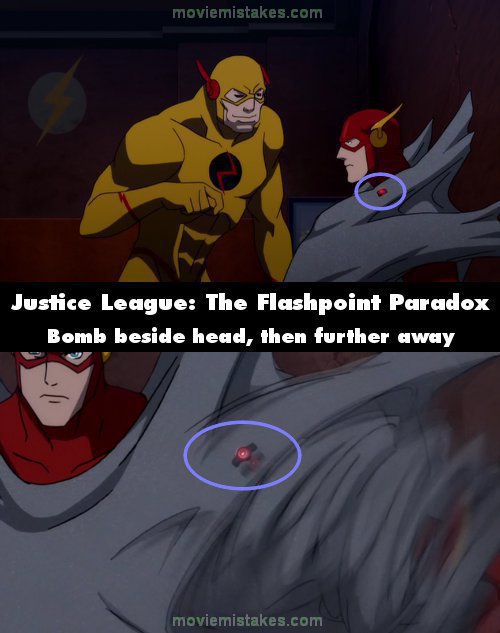 Continuity mistake: Reverse Flash places a bomb on the gray adhesive substance that he has trapped Flash in next to Flash's head. From the side angle in that shot, it shows it right above his shoulder. But a couple shots later when Flash begins vibrating his arm at super speeds, the bomb is suddenly much further to the right, away from his head. (00:06:15)

All the pictures for Justice League: The Flashpoint Paradox