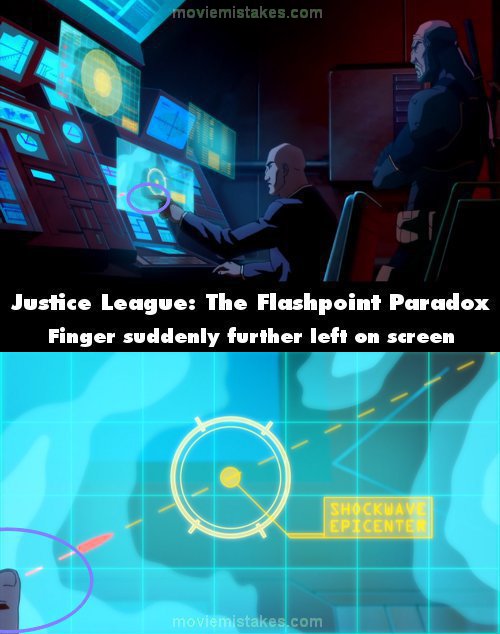 Continuity mistake: As Lex Luthor is discussing the shockwave epicenter with Deathstroke, he places his finger on the computer screen about an inch away from the Epicenter blip down to the left just as the orange moving blip begins going across the screen again. The orange blip makes it almost to his finger before it cuts to a close up of the screen. Now suddenly Lex's finger is much further away from the epicenter blip and sliding to the right, with the orange blip in front of his finger. (00:26:40)

All the pictures for Justice League: The Flashpoint Paradox