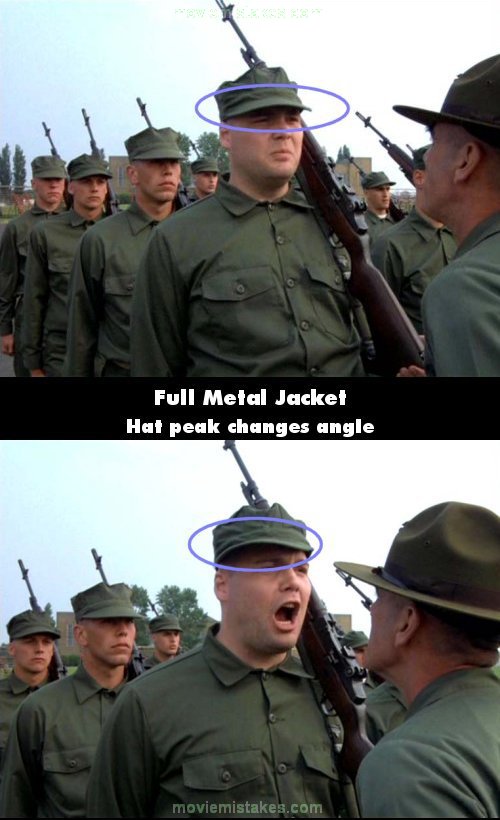 Continuity mistake: During the drill scene when Sgt. Hartman is asking Private Pyle if he knows the difference between his left and his right, watch the positioning of Pvt Pyle's cap. After being struck the first time, the cap is slightly cocked. After the shot returns to Pyle and before he gets struck for the second time, the cap is obviously cocked further over. (00:09:14)

Suggested correction: It is not a mistake because the hat is what Hartman was slapping. Plus, the camera was at a slightly different angle.

You missed the point of the mistake. The hat becomes slightly cocked after getting hit, and stays in that position. The next time we see the hat (from the same camera angle and position), the hat is now in a completely different position before Pyle gets slapped a second time.

All the pictures for Full Metal Jacket