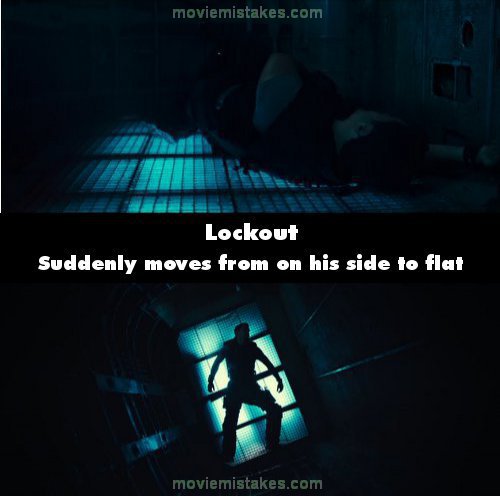 Continuity mistake: Snow and Emilie find the inmates used in experiments. Then Alex and a couple of others get the jump on them and they have a fight. Snow grabs his gun and gets shot at, and falls down the elevator shaft. He lands and is knocked out, with his left arm draped over himself across his chest as he lies partly on his side. The next time he is shown moments later, he is now flat on his back with both arms at his sides. (01:11:35)