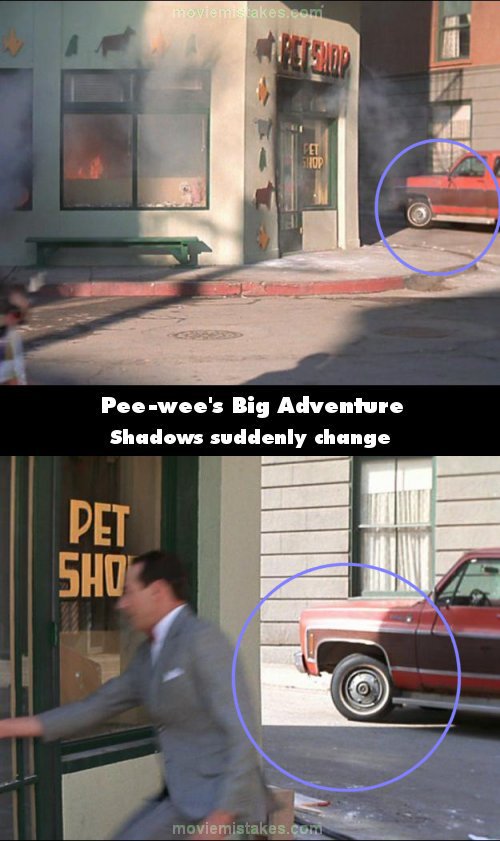 Continuity mistake: After Pee-Wee loses the Warner Bros. security crew on his tail, he sees a burning pet shop and decides to rescue the animals inside. Take a look at the early '80s red and black Chevy Suburban parked by the entrance. Whenever Pee-Wee runs outside, the amount of sunlight cast on the vehicle changes (sometimes lots of light, very little light or none at all) as though the scene were filmed at different parts of the day, then pieced together. (01:17:25)

All the pictures for Pee-wee's Big Adventure